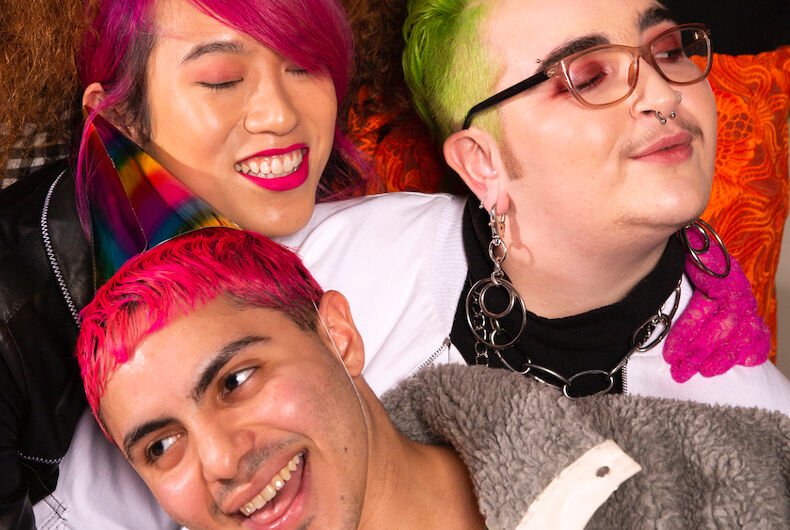 A group of friends of varying genders.Photo: Zackary Drucker via the Gender Spectrum Collection

The seventh edition of the Publication Manual of the American Psychological Association (APA) has announced its endorsement of the use of “they” as a singular third-person pronoun for non-binary and gender neutral people.

While this might sound like a minor academic grammatical point, it actually means that the American psychological community is recognizing and validating the existence of non-binary people, and inviting scholars to study and write about them in ways that could improve professionals’ understanding and support.

“This means it is officially good practice in scholarly writing to use the singular ‘they’,” the APA’s Chelsea Lee writes.

“When readers see a gendered pronoun, they make assumptions about the gender of the person being described,” they continue. “The APA advocates for the singular ‘they’ because it is inclusive of all people and helps writers avoid making assumptions about gender.”

If you question what verb to use with “they,” the APA suggests using the same verbs that one would use with “you.”

“Even though ‘you’ may refer to one person or multiple people [like ‘they’], in a scholarly paper you should write ‘you are,’ not ‘you is,'” the APA writes.

But what if some writers object to non-binary and gender neutral identities? Do they still have to use “they” in their writing?

The APA answered that question too: “If you are writing about a person who uses ‘they’ as their pronoun, then yes, you have to use it. Respectful and inclusive language is important. And it’s part of APA Style.”

In September, Merriam-Webster announced the addition of a new definition of “they” as a singular non-binary pronoun to their online and print dictionaries.

TV was 10.2% queer this year. But that’s largely because of four influential producers.