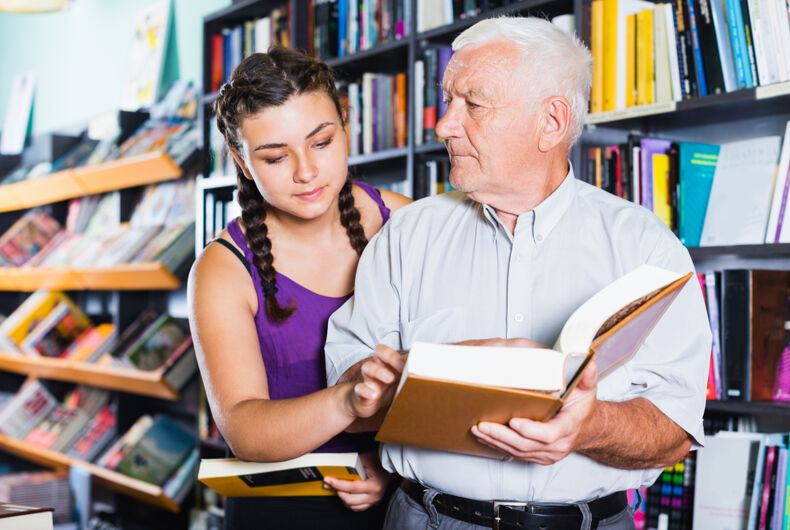 Merriam-Webster has announced the addition of a new definition of “they” as a singular non-binary pronoun to their online and print dictionaries.

The new entry for “they” reads: “Used to refer to a single person whose gender identity is nonbinary.”

The publisher added the new definition for “they” along with 532 other new entries including “escape room,” “fatberg,” “dad joke” and the more queer-centric words “fabulosity,” “inclusive,” and “Bechdel test.”

“Evidence for ‘they’ as it is used to refer to one person whose gender identity is nonbinary is increasingly common in published, edited text, as well as all over social media and in daily personal interactions between English speakers. There’s no doubt that it is an established member of the English language, which means that it belongs in Merriam-Webster’s dictionaries….

The language’s lack of an exclusive gender-neutral pronoun is famous, and they has been quite ably filling in for more than 600 years. Its use largely goes unnoticed in such construction as ‘No one has to use it if they don’t want to,’ and it’s quite possible that the nonbinary they is headed for a similarly unremarkable fate.”

Indeed, while some conservative English speakers complain about “they” being confusing when referring to a single person, others point out that “they” has long been used to refer to a person whose gender is unknown (as in, “Did you talk to the clerk at the store? What did they tell you?”). It’s only when “they” is consciously applied to non-binary folks that some people have a problem.

As for Merriam-Webster’s other newly added queer-centric words: “fabulosity” is the quality, state or nature of being fabulous; “inclusive” means allowing and accommodating people who have historically been excluded (because of their race, gender, sexuality, or ability); and the “Bechdel test” is a rubric created by lesbian comic book author Allison Bechdel to evaluate a work of fiction’s inclusion and representation of women.

Merriam-Webster entry for the Bechdel test states, “The usual criteria of the Bechdel Test are (1) that at least two women are featured, (2) that these women talk to each other, and (3) that they discuss something other than a man.”

Arizona Democrats could vote to censure out Senator Kyrsten Sinema