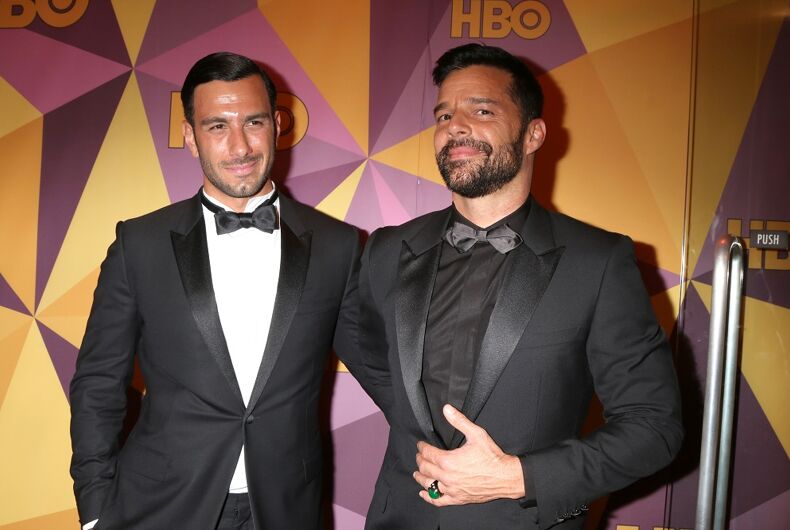 Thousands of people protested Rosselló after a set of messages between him and senior administration officials showed him repeatedly using and condoning misogynist and anti-LGBTQ language.

In a video he posted to Instagram, Martin said that he was “tired of the cynicism.”

“They put down women. They put down the LGBT community, people with disabilities,” he said. “It is insane. We are tired. We can’t take it anymore.”

The leaked messages between Rosselló and administration officials showed Rosselló using the word “faggot” repeatedly to refer to political rivals, many of whom are not gay. Officials also referred to rivals as “cocksuckers” and implied that they were gay as an insult.

In a separate discussion, Rosselló wrote, “You’d be doing me a big favor,” in response to Sobrino saying he wanted to “shoot up” San Juan Mayor Carmen Yulín Cruz.

Sobrino and another official have resigned after the emails were leaked, but Rosselló has said that he will stay in office.

Yesterday, Martin tweeted in Spanish that Rosselló should resign.

“Do an act of true generosity, value, and love for Puerto Rico and give your position to another person with the wisdom and leadership to guide our future as a people,” Martin tweeted.

Are LGBTQ people more at risk for Alzheimer’s?