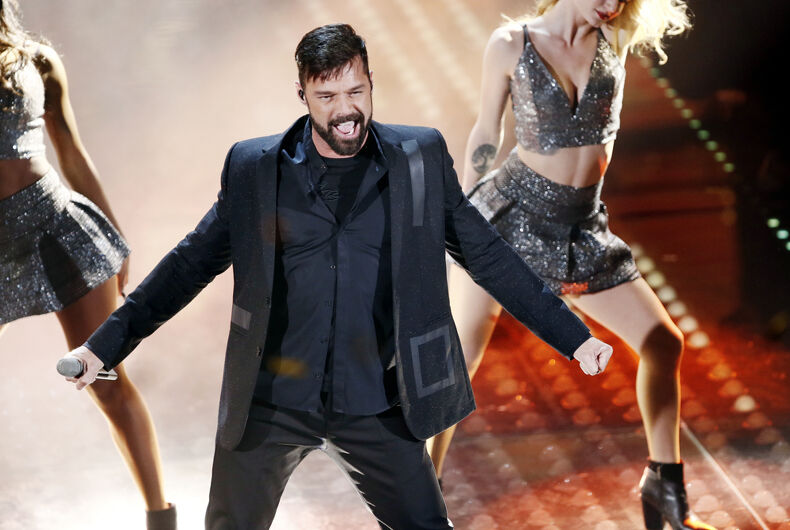 Ricardo Rosselló, the Governor of Puerto Rico, pushed for a “Religious freedom” bill for the Commonwealth, and it seemed destined to pass.

The bill, which would allow discrimination based on sexual orientation and gender identity based on one’s religious beliefs, was approved by the Puerto Rico House of Representatives on Tuesday.

The fate of HB 2069, however, turned out far differently with the intervention of what may be Puerto Rico’s most famous pop singer.

Ricky Martin is known by many as the “King of Latin Pop,” starting with seminal boy band Menudo before embarking on a solo career in 1991 that has seen Martin sell over 70 million albums.

Following the worldwide success of his hit song, “Livin’ la Vida Loca,” Martin was pressed to come out by the media. He finally did officially come out in 2010 via his official website.

Martin spoke out against HB 2069, publishing an open letter on Thursday.

“House Bill 2069, filed at the request of Governor Ricardo Rosselló and promoted by Representative Charbonier, achieves nothing more than opening the doors to hatred towards anyone who doesn’t share the same ideology, who simply belong to the LGBTT community, or who don’t  have the same color skin, amidst many other discriminatory measures,” said Martin on his official website.

Added Martin, “As a defender of human rights and a member of the LGBTT community, I am vehemently opposed to the proposed measure imposed upon us under the guise of religious freedom, which degrades us as a society and projects us to the world as a backwards country, unwilling to honor the basic constitutional right of individuality.”

“This movement is not representative of the Puerto Rico that we all love, defend and hold so dear,” concluded the singer. “We call on the Senate, the House and Governor Ricardo Rosselló to reject this effort, which is an open door to hatred and discrimination.”

Martin had also spoken out on his Twitter account, saying that HB 2069 “is nothing other than to open the door to hatred for anyone who does not share the same ideology, belonging to the LGBTQ community.”

“Respect for the dignity of the human being and the protection of the rights that assist all citizens is a responsibility that I assume as governor,” said Rosselló on Twitter. ” I request that both projects be withdrawn, because instead of reaching a consensus on a basis of mutual respect, it provokes the division of our people.”

On Wednesday, Rosselló had said he would only sign HB 2069 if his bill on conversion therapy also passed. Critics also panned the second bill, as it only banned such therapy in mental health settings, but did not bar it’s use by religious facilities or by parents of minors.

Rosselló had sidestepped the controversy on the second bill by issuing a ban on conversion therapy as an executive order in March.

The Governor’s statement calling for the end of HB 2069 came just minutes after Commonwealth Senator Zoe Laboy also declared that she was “determined to present a negative report to the project of religious freedom before the members of the Commission that it presided for its evaluation.”