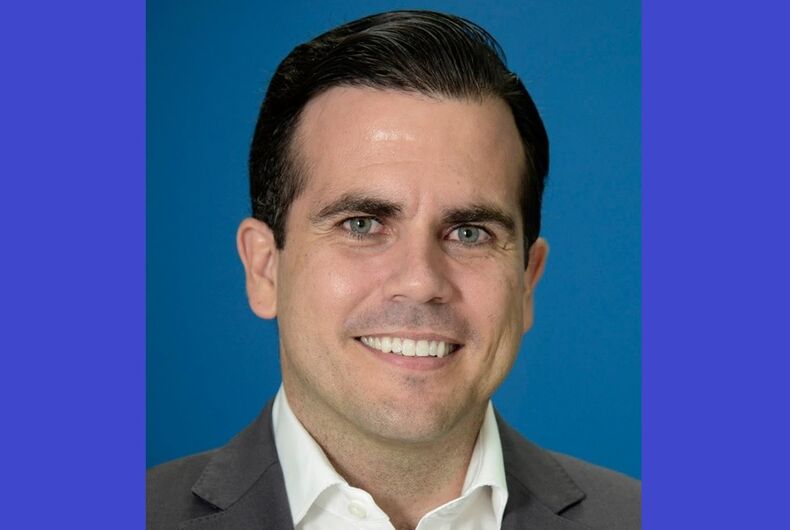 Puerto Rico has banned conversion therapy for minors while Donald Trump has started attacking the commonwealth on an unrelated issue.

“As a father, as a scientist, and as the Governor for everyone in Puerto Rico, I firmly believe that the idea that there are people in our society who need treatment because of their gender identity or whom they love is not only absurd, it is harmful to so many children and young adults who deserve to be treated with dignity and respect,” Rossello said in a statement.

“I strive for Puerto Rico to be a society in which everyone, regardless of whom they love, can be accepted and live without fear of persecution. This includes society’s most vulnerable, our children, who should be supported and loved.”

“Conversion therapy in no way benefits anybody, it only causes unimaginable pain and suffering.”

Related: Wanda Sykes has the perfect solution to get Trump to pay attention to Puerto Rico

The executive order goes into effect immediately and requires that the state government come up with guidelines within 90 days that will prevent health care workers from engaging in the practice.

Yesterday, in a meeting with Senate Republicans, Trump accused Puerto Rico of financial mismanagement as Congress considers a disaster relief bill for the island.

The bill is expected to send $13 billion to $14 billion in funds after Puerto Rico was hit by a series of storms, but Trump said that the funding “is way out of proportion to what Texas and Florida and others have gotten.”

“The comments attributed to Donald Trump today by senators from his own party are below the dignity of a sitting president of the United States,” Rossello said in a statement yesterday.

Twitter may start labeling Trump’s tweets as ‘offensive’ when necessary