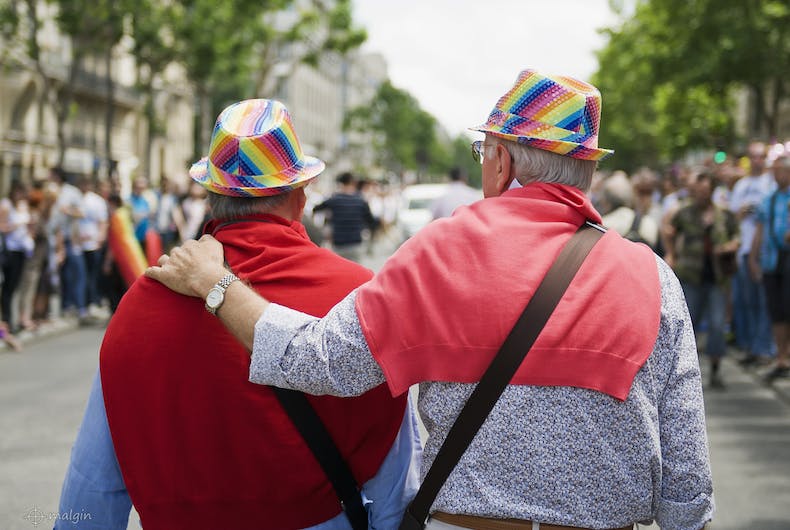 A newly-released study claims to have found a higher rate of cognitive decline among LGBTQ Americans compared to their straight counterparts, which may be linked to the community’s overall mental well-being.

The research, presented at the Alzheimer’s Association International Conference (AAIC), showed that after adjusting for income, age, race, and other factors, LGBTQ people were 29% more likely to report a cognitive decline over straight cisgender people.

This impairment was defined as “self-reported confusion or memory problems that have been getting worse over the past year.” Such cognitive issues can result in Alzheimer’s or dementia.

Related: Singing along to showtunes can benefit Alzheimer’s patients

“Given that 1 in 7 adults who identify as a member of a sexual or gender minority reported subjective cognitive decline, it is critical that more opportunities exist for people in these communities to receive regular evaluation for cognitive impairment and Alzheimer’s disease,” lead researcher Jason Flatt said.

Flatt cautioned that the study doesn’t necessarily explain why there may be a higher rate of cognitive decline, but suggests that the causes are, “higher rates of depression, inability to work, high stress, and a lack of regular access to healthcare.”

Flatt noted that less than half of the LGBTQ participants in the study had discussed their issues with healthcare providers.

Tim R. Johnston, the Director of National Projects at the LGBT elder rights organization SAGE, told LGBTQ Nation that this data highlights some of the unique challenges faced by LGBTQ elders – and confirmed what many advocates have known anecdotally for years.

“Hopefully this research encourages more providers, LGBT people, and their loved ones to work toward a world in which anyone with dementia can live a safe, dignified, and vibrant life,” added Johnston.

The study was conducted as a random phone survey to residents in Georgia, Hawaii, Illinois, Minnesota, Nevada, Ohio, Virginia, West Virginia and Wisconsin, and included 44,403 adults age 45 or older. 3% of those identified as LGBTQ.

First they burn the books. Then they kill people. History has shown us this repeatedly.