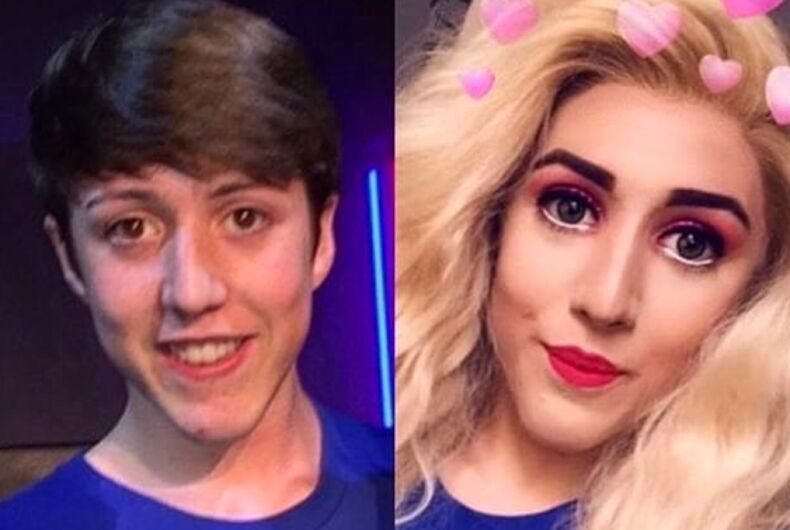 A teen drag queen knew how to get his classmates cheering at graduation: do a death drop.

He told Gay Star News that he noticed most of his theatre classmates were doing more than walking across the stage. They were adding bows or waving to the crowd.

“The crowd screamed and cheered. Everyone was also so shocked. It was amazing.”

The video has been viewed over three million times.

He said he started doing dance as a young child and realized that he was gay when he was nine or ten.

“I never came out – I wasn’t badly bullied as such,” he said. “People would tease, saying to me you’re gay and we know it. It can really destroy your confidence.”

“When I went to college and I saw openly gay people for the first time, I was overwhelmed.”

He has been doing drag ever since he was pulled on stage at a drag show and lipsynced with three other people.

As for whether he plans to try out for Drag Race now that there’s a UK version, he said, “I’m not going to apply until I’m ready.”

Gay mathematician Alan Turing will be honored on the £50 note