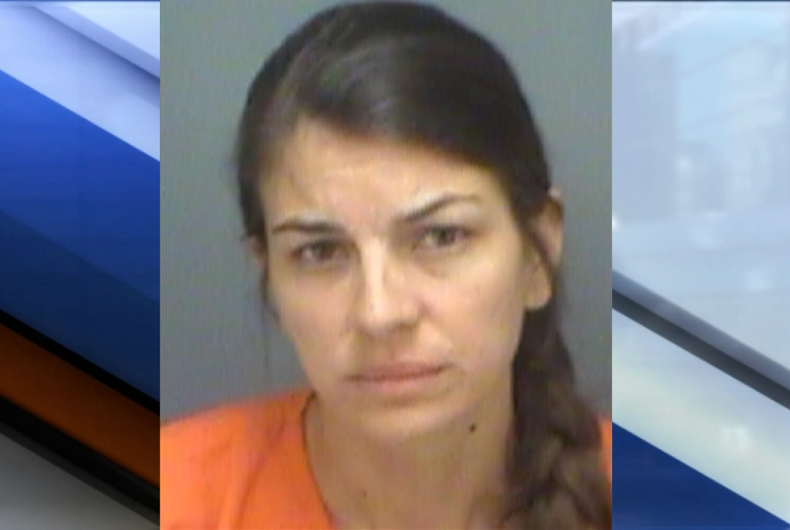 Heather Matuszek, a Chick-fil-A franchise owner-operator and former church youth group leader, has been arrested in Florida on two felony charges for “lewd and lascivious molestation” of an underage girl. Matuszek was serving in her role of a church authority at the time of the incidents.

Matuszek was 28 at the time, and the victim was 15. She has already admitted her guilt.

The victim told authorities that Matuszek climbed into bed with her on two separate occasions, kissing her and rubbing her hands over the victim’s breasts.

Police say other incidents occurred outside their jurisdiction. Matuszek has not been charged yet for those incidents, but local authorities where the crimes are alleged to have happened are investigating the allegations.

Chick-fil-A, the controversial fast food chain best known for waffle fries served with a side of homophobia, quickly distanced themselves from their hand-picked owner.

“This is deeply disturbing news,” the company said in a statement after Matuszek was arrested. “No one should ever be subjected to this sort of abuse and we are shocked and saddened by the report. Law enforcement has jurisdiction over this matter and we are awaiting full facts to inform our actions. Chick-fil-A, Inc. is sending company representatives to the location for restaurant support.”

Would-be franchise owners go through an extensive background check and must abide by the company’s strict “Christian” stances. The company’s corporate mission is to “glorify God” and the nationwide chain is closed on Sundays so their operators and employees can attend church.

Company retreats include prayers and the company pushes franchisees to market their chicken sandwiches to church groups and other conservative organizations.

The backlash to the chain’s admitted opposition to LGBTQ rights has resulted in the chain being denied permission to open stores in some places. The San Antonio city council recently voted to authorize a vendor to open restaurants in the local airport, but stipulated that Chick-fil-A could not be one of them, saying the group’s outspoken stance against LGBTQ rights flew in the face of the city’s nondiscrimination ordinance.

In response, Texas legislators passed a “Save Chick-fil-A” law, signed by Governor Greg Abbott, meant to prevent local governments from exercising their authority to decide where or not to grant local approval for the franchise. While the GOP framed it as a matter of “religious freedom,” the law is widely seen as a way for Republicans to attack the LGBTQ community again in a state with a history of extreme reactions to advancements in civil rights for minorities.

The company has continued to donate to anti-LGBTQ organizations despite saying that would stop. Earlier this year, the company described the donations as “a higher calling.”