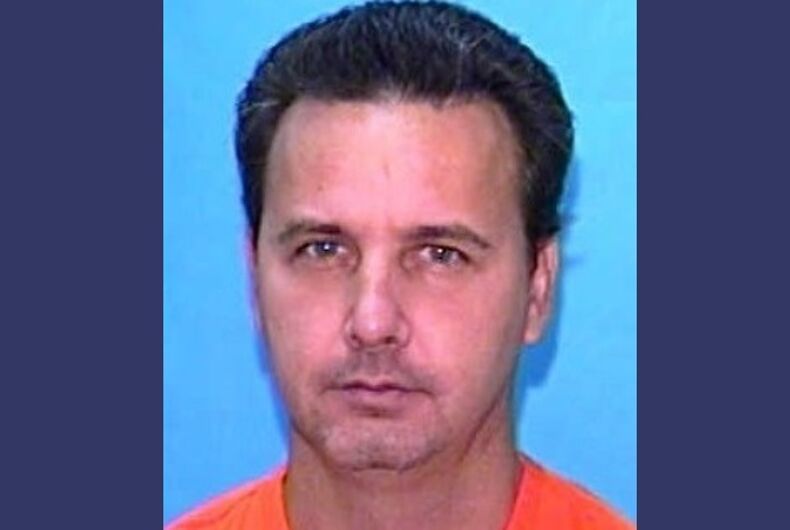 The governor of Florida has signed the death warrant for a convicted serial killer who targeted gay men.

Gary Ray Bowles, 57, confessed to killing six men in Florida, Georgia, and Maryland in 1994. Prosecutors believe he targeted because they were gay.

In 1994, he killed John Roberts, his first known murder victim. He is believed to have beat and strangled Roberts. He was a suspect because his fingerprints were found on the scene, and he had previous convictions for robbery and domestic violence.

He was connected to three other murders and put on the FBI’s 10 Most Wanted Fugitives list before his arrest later that year.

He confessed to the murders as well as two others, and a jury sentenced him to death in 1996 for the murder of Walter Hinton. Hinton died when Bowles hit his head with a 40-pound stone while he was sleeping.

Court documents showed that he appealed the sentencing and the Florida Supreme Court overturned the death sentence, saying that the trial court erred in telling the jury that Hinton was gay and showing evidence that Bowles hated gay men. In 1999, he received the death penalty at a new sentencing hearing.

He is now scheduled to be executed on August 22, 2019. He will be the second person put to death under Governor Ron DeSantis.

45% of Americans think that federal law protects LGBTQ people from discrimination. It doesn’t.