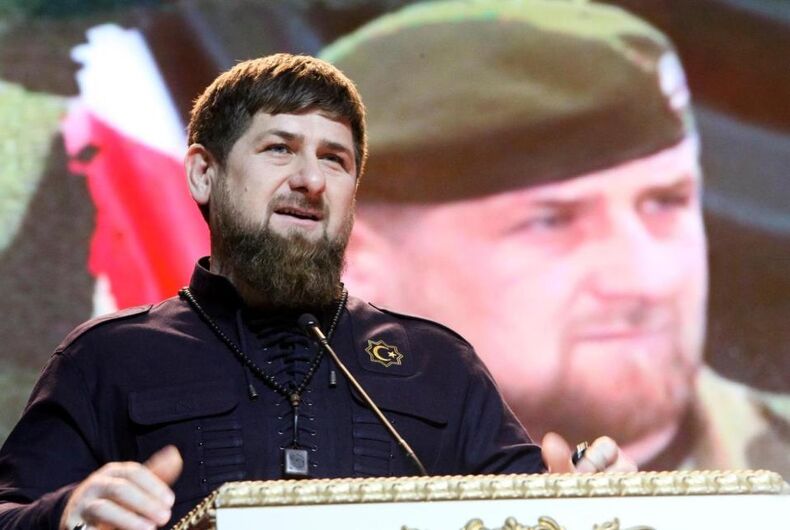 Ramzan Kadyrov has repeatedly denied the existence of gay and bisexual men in Chechnya, as well as reports of abuse.Photo: AP Photo/Musa Sadulayev

The United Nations is calling on Russia to finally take action to halt the detention and abuse of LGBTQ people in Chechnya.

In a statement released on Wednesday, the Office of the High Commissioner for Human Rights (OHCHR) expressed its concern with reports of additional arrests following an anti-purge in the Russian republic that began in February 2017. At the time, more than 100 people were rounded up, beaten, denied food, and subjected to shock treatment.

The violence “inflicted on victims has allegedly become more cruel” amid the recent wave of detentions in December 2018, according to U.N. human rights experts. Over 40 people were arrested and at least two were killed.

“It is no longer only gay men in Chechnya who are being targeted but women also,” the OHCHR claimed.

According to the Russian LGBT Network, the most recent crackdown began when police arrested a local Chechen activist who ran a social media account popular with queer and trans locals. After he was taken into custody, police used his phone contacts to locate other LGBTQ people in the conservative, majority Muslim region—many of whom stay closeted in fear of persecution.

But Igor Kochetkov, program director for the Russian LGBT Network, pushed back on the idea that “detentions, torture, and killings of gay people have resumed in Chechnya.” in comments shared with the Associated Press.

“Persecution of men and women suspected of being gay never stopped,” he said. “It’s only that its scale has been changing.”

What hasn’t changed, however, is the Kremlin’s lack of willingness to do anything about the crisis. The U.S. has been urging Russian leaders to intervene since April 2017, and its requests have been totally ignored.

“The Russian Federation must officially state that it does not tolerate any form of incitement to violence, social stigmatization of homosexuality or hate speech, and does not condone discrimination or violence against people based on their sexual orientation or gender identity,” the U.N. claimed at the time.

Kremlin officials continue to maintain there’s no evidence of an anti-LGBTQ purge in Chechnya.

In a testimony to the U.N. Human Rights Council last year, Russian Justice Minister Alexander Konovalov claimed investigations conducted by the Kremlin “did not confirm evidence of rights’ violations, nor were [authorities] even able to find representatives of the LGBTQ community in Chechnya.”

“Please help us do this and find them,” he urged.

Chechen leaders have continued to use the same line of defense: There can’t be a crackdown on the LGBTQ community because there are no LGBTQ people in Chechnya.

When reports of the purge first broke in the Russian newspaper Novaya Gazeta, a spokesperson for Chechnya’s government, Alvi Karimov, called the allegations an “absolute lie.” Press Secretary of Interior Ministry Magomed Deniev added that they must be an “April Fool’s joke.”

As the Human Rights Campaign noted in a statement about December’s arrests, officials in the Caucasus aren’t the only ones who have been unwilling to stop the violence.

“We have repeatedly called on the Trump-Pence White House to speak out and help bring an end to this persecution,” said HRC Global Director Ty Cobb, “but instead the White House has largely ignored the actions of the Russian-backed regime in Chechnya.”

Although the State Department and former U.N. Ambassador Nikki Haley condemned the persecution of LGBTQ people in Chechnya, President Donald Trump has yet to address the conflict.

Warner Brothers is casting for a same-sex dating reality show