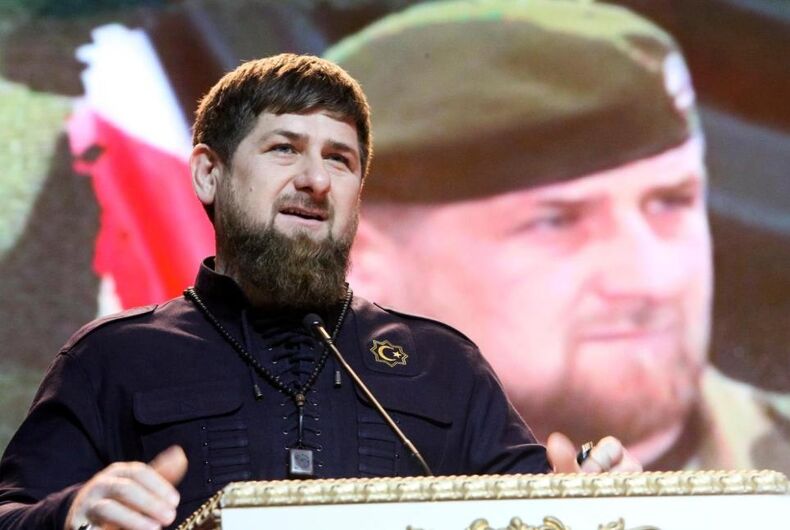 Ramzan Kadyrov has repeatedly denied the existence of gay and bisexual men in Chechnya, as well as reports of abuse.Photo: AP Photo/Musa Sadulayev

Chechen leader Ramzan Kadyrov has said families would be justified in committing “honor killings” of their gay relatives.

“If we have such people here, then I’m telling you officially, their relatives won’t let them be, because of our faith, our mentality, customs and traditions,” Kadyrov said.

“Even if it’s punishable under the law, we would still condone it,” he added, PinkNews reports.

Kadyrov has denied the existence of gay and bisexual people in the region whenever challenged about reports of the abduction, torture, and killings of over 100 men.

Gay and bi men are reportedly being killed by both Chechen police forces as well as by their families once outed by the roundups.

He repeated the claim in an interview with HBO that aired on Tuesday, saying that if there are such people in Chechnya, they should be sent to Canada to “purify our blood.”

He added that those who report being abducted and abused are lying, calling them “devils.”

The U.S. State Department called Kadyrov’s comments in the interview “upsetting” and “concerning,” and yet the topic seems to be notably missing in meetings between U.S. and Russian officials.

Further, the U.S. has reportedly denied visas for the gay and bi men fleeing the abuses in Chechnya.

Putin spokesperson, Dmitry Peskov, defended Kadyrov’s latest attack on LGBTQ people, characterizing it as “nothing out of the unusual.”

It took months for HBO’s David Scott to be granted the interview. In addition to the distrust of the West, the fact that John Oliver took shots at Kadyrov in a segment about his lost cat that went viral and highlighted Chechnya’s history of civil rights abuses.

Kadyrov responded to Oliver, prompting yet another segment on his show Last Week Tonight with John Oliver, where he blasted him for winning a clearly rigged election and mocked his choice in attire – a suit of armor – for a women’s day event.

Scott spoke journalist and radio host Luke Thomas recently, giving him a behind-the-scenes look at his interview with Kadyrov.