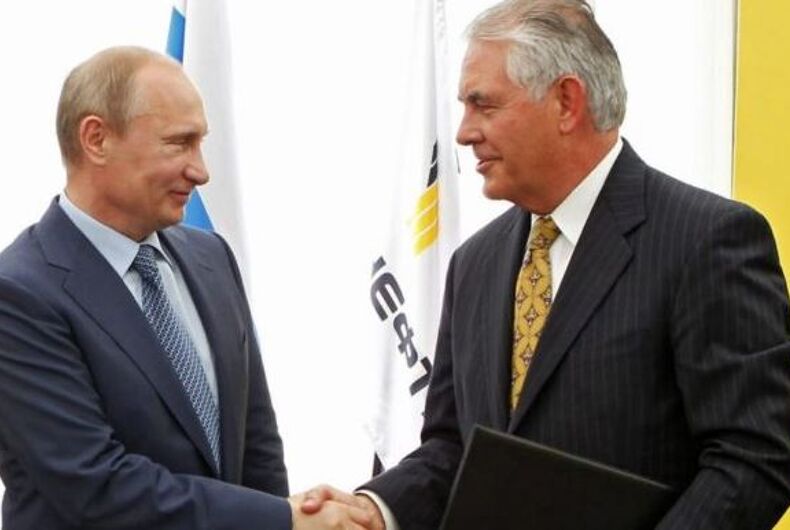 The United States is denying visas to gay and bisexual men seeking asylum amid the ongoing human rights abuses in Chechnya.

This according to organizers with the group Russia LGBT Network, responsible for getting 40 men out of Chechnya, who spoke with BuzzFeed News.

RELATED: The country that dared to do what the U.S. would not — grant asylum to gay men fleeing Chechnya.

Russia LGBT Network spokesperson Svetlana Zakharova said they are having difficulty securing visas that would allow them to flee the country and find a safe haven from the abuse, calling negotiations with various countries “difficult.”

While she didn’t wish to name all of the countries making it hard for these individuals to find safe passage out of the region, she did say that “we were informed that the US is not going to issue visas for people from Chechnya.”

The State Department refused to comment, saying, “As visa records are confidential under U.S. law, we are unable to discuss individual cases.”

Men are being rounded up, falsely imprisoned, beaten, and in some cases taken to their families and told to murder them or have their captors do it, according to reports from survivors. Those reports have since been confirmed by groups such as Human Rights Watch.

The situation was first reported on by Russian news outlet Novaya Gazeta. Chechen leader Ramzan Kadyrov has denied the reports, initially claiming they were not possibly true because in his estimation gay and bisexual men don’t exist in Chechnya.

The international headlines, in addition to causing some Novaya Gazeta to have to flee the country, brought statements from world leaders.

U.N. Ambassador Nikki Haley spoke out against the situation, but it was later revealed in a White House press conference that President Trump, who has remained silent on the issue so far, had not brought up the topic during a meeting with Russian Foreign Minister Sergey Lavrov. Nor could Principal Deputy Press Secretary Sarah Huckabee Sanders say if Trump had been debriefed on the issue.

Russian President Vladimir Putin went along with Kadyrov at first, until international pressure caused him to call for an investigation. It ended nearly as fast as it began, with no evidence of wrongdoing on anyone’s part.

“The United States continues to be concerned about the situation in the Republic of Chechnya, where credible reports indicate at least 100 men have been detained on the basis of their sexual orientation,” a State Department spokesperson told BuzzFeed News.

In a sad bit of irony, this news breaks on the International Day Against Homophobia, Transphobia, and Biphobia (IDAHOT), the organizers of which highlighted in a statement that many of the day’s actions would draw attention to the situation in Chechnya.

The new Golden Girls version of Clue is everything you need