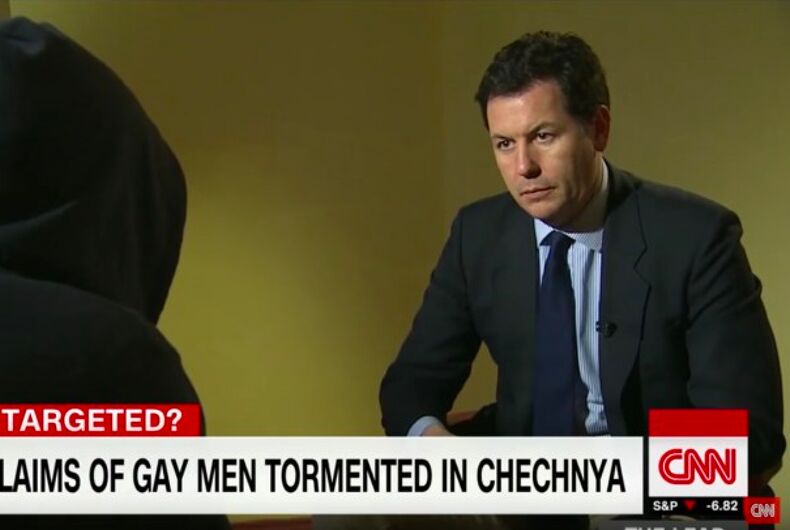 In contrast to official reports from Russia and Chechnya, witnesses to the capture, brutal torture and detentions of gay men took a huge risk and told their stories to CNN.

They started beating me with their fists and feet. They wanted to get names of my gay friends from me. Then, they tied wires to my hands and put metal clippers in my ears to electrocute me. They’ve got special equipment which is very powerful. When they shock you, you jump high above the ground

Another man interviewed by Moscow correspondent Matthew Chance revealed he had fled Chechnya as soon as he was released.

My car got stopped at a Chechen police checkpoint and they asked me for my documents. They looked at them and said: ‘We are taking you.’

Chechen president Ramzan Kadyrov has denied any human rights abuses and his spokesman went so far as to deny the existence of gay men in Chechnya.

Novaya Gazeta, the investigative newspaper that broke the story of government agents kidnapping, beating and torturing gay men reported Chechen clerics have called for those spreading “absolute lies and slander” to face retribution.

Ossoff just misses outright win in Georgia, here’s what that means for you