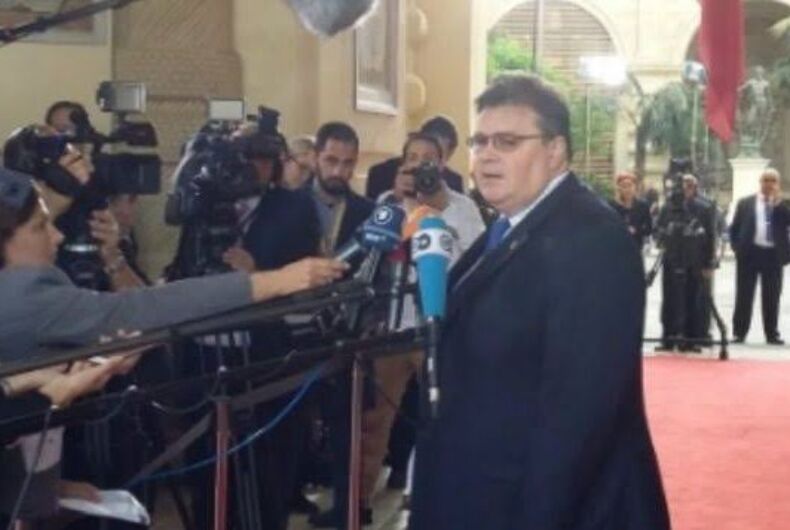 Just days after a Russian official announced there is no persecution of gay and bisexual men in Chechnya, Lithuania has stepped forward to give asylum to two gay men, fleeing the persecution that Russia says doesn’t exist.

According to Russia’s Interfax news agency, Lithuania’s foreign minister, Linas Linkevičius, said that the two gay men traveled to Lithuania to escape harassment in Russia. Linkevičius said his government “issued visas to two people from Chechnya who were persecuted because of their sexual orientation.”

We have consistently raised these issues both within the EU and in the parliamentary structures of the Council of Europe – regarding the possibility of helping and, if necessary, granting asylum.

Lithuania is among the first EU nations to accept gay asylum seekers from Russia.

This is in stark contrast to how the United States is responding. As LGBTQ Nation reported, the LGBTQ network that’s coordinating rescues of gay and bi Chechens revealed the U.S. is denying them visas.

“We were informed that the US is not going to issue visas for people from Chechnya, said Russia LGBT Network spokesperson Svetlana Zakharova.

Do you suffer from the newest form of PTSD?