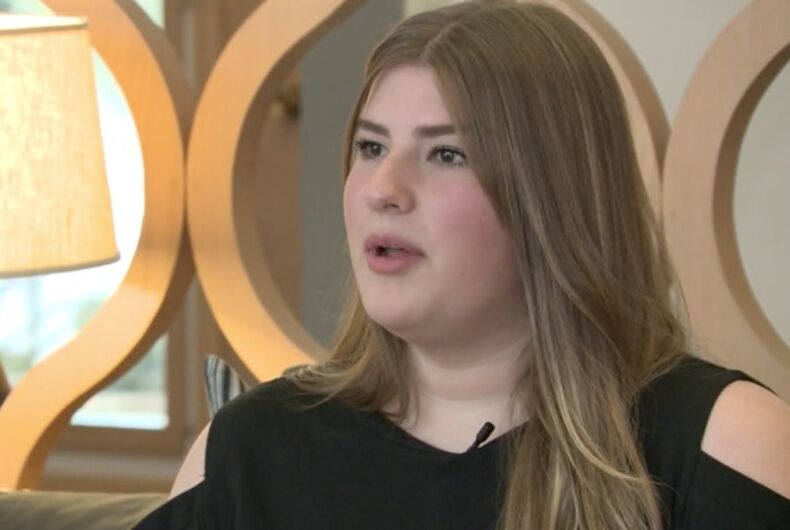 Nikko Nelson’s first reaction was one of shock.

“My friend was in the hallway and she came up to me and she said, ‘They said you won prom queen,” and I was like are you being serious?”

She didn’t consider herself transgender until junior high school.

“I didn’t realize I wanted to be a girl, Nelson told WISN, the Milwaukee’s ABC affiliate. I just noticed that I had mostly girl friends and I participated in most of the ‘girl’ activities.”

While Nelson’s parents did notice their daughter’s feminine interests, they had to learn along with her. “This was before everything was in the news, and Nikko kind of educated us about it,” said her mother, Eileen Nelson.

Her prom victory has been largely unremarkable, compared to that of other non-transgender prom royalty across the country. There were no protests aside from a handful of transphobic comments on social media.

It’s not at all the first time a transgender teen has run for prom king or queen, though Nelson is one of the few known to have won. Nevertheless, Nelson says she doesn’t feel like any sort of trailblazer for transgender rights

She hopes to pursue a career in fashion after college.

Would you trust Facebook’s dating service with your hook up pics & preferences?