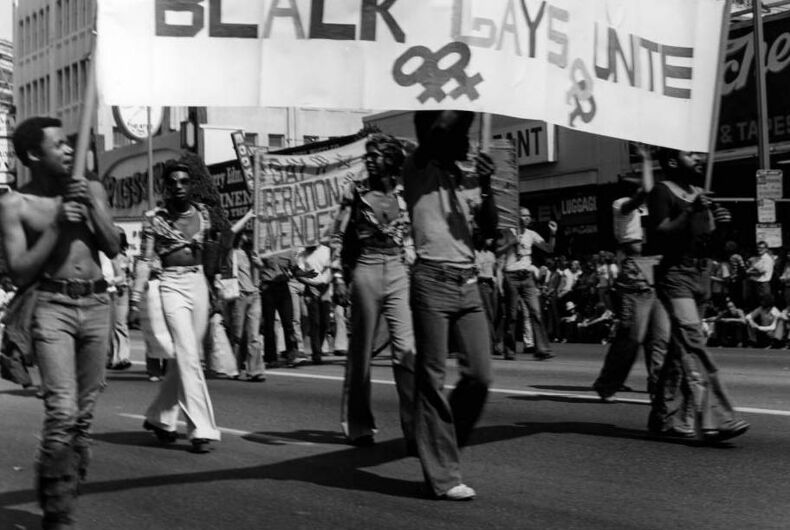 For decades now, reflecting Pride’s rich diversity had also been one of the movement’s biggest challenges.

Different people from different backgrounds had different perspectives on how to work toward justice and equality. All battled against a society that demonized queer people of all colors.

“Black Gays Unite” marched in the 1975 Christopher Street West parade, in Los Angeles, and the group’s message embodied the dizzying diversity of LGBTQ life, both then and today.

Before them, various groups flowered. In the 1920s, it was Henry Gerber’s Society for Human Rights, in Chicago. In ’20s and 1930s Germany, it was Magnus Hirschfeld’s Institute for Sexual Research, whose books were torched by the Nazis in 1934. In 1940s America, the Veterans Benevolent Association. In the 1950s, the Swedish Federation for Lesbian, Gay, Bisexual and Transgender Rights; France’s Arcadie; and Houston’s Diana Foundation.

Those and others were alongside two American groups that organized from West Coast to the East — the Mattachine Society, starting in Los Angeles in 1950; and the Daughters of Bilitis, started in San Francisco in 1955. In 1966, the North American Conference on Homophile Organizations (known as NAY-choh) met in the heartland, in Kansas City, Mo.

But their chorus laid the groundwork for LGBTQ rights to come.