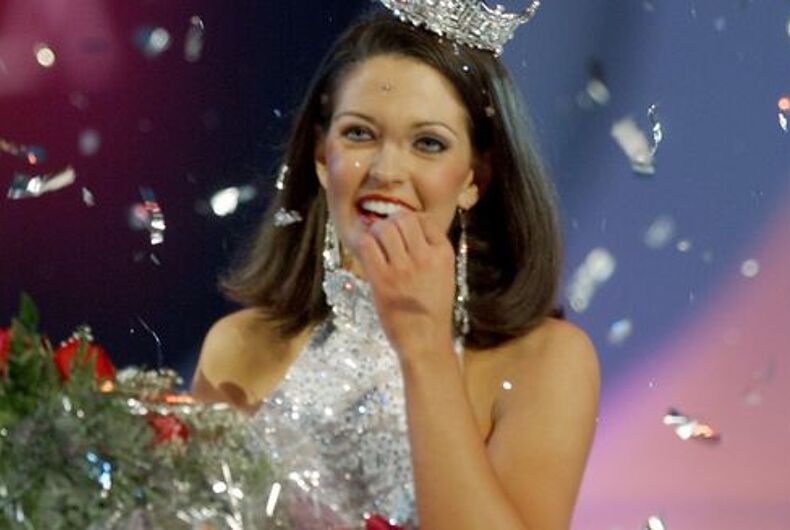 Diedre Downs Gunn, who was Miss America 2005, just got married to Abbott Jones.

Downs Gunn, who was also Miss Alabama, is an obstetrician/gynecologist and Jones is a lawyer.

Around 200 guests attended the “Southern themed” wedding at the Birmingham Museum of Art to watch Downs Gunn and Jones get married.

“Saying our vows in front of our family and friends and making that commitment to the love of my life was the most meaningful part of the day for me,” Downs Gunn said.

In 2008, Downs Gunn married Andrew Gunn. They had a son and then divorced. Her son “gave her away” at the wedding and was also her Best Man.

The couple met online last year and told People that it was love at first sight. On Christmas, Downs Gunn proposed to Jones, and a little later Jones proposed to Downs Gunn.

Congratulations to Miss America 2005 @deidredowns! Wishing you and @abbottjones all the happiness in the world! https://t.co/yoVrckCdmf