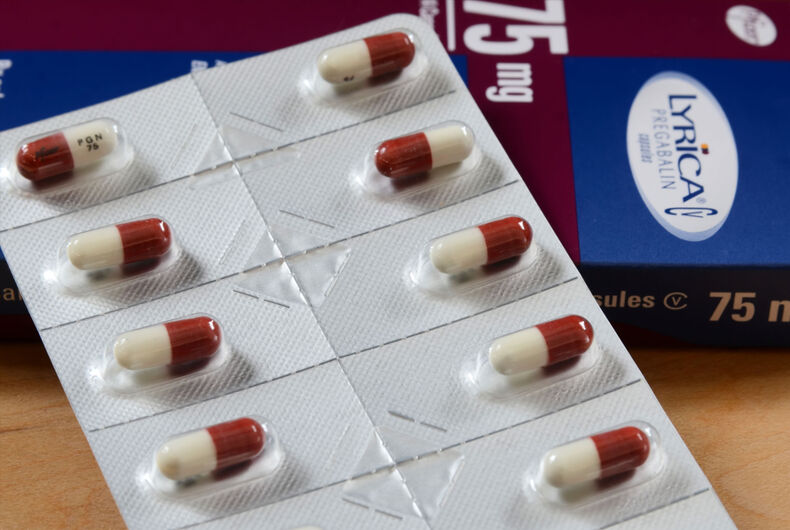 A closeup of a sample pack of Lyrica. Lyrica is commonly used to treat nerve pain, including neuropathy from chemotherapy.Photo: Shutterstock

23-year-old Scott Purdy may have one of the most unusual coming out stories yet. The unemployed Brit claims that a frequently prescribed pain medication turned him gay.

“I noticed my libido for women had gone and I was wanting male attention,” Purdy told The Mirror.

Pregabalin, best known under the brand name Lyrica, is commonly prescribed to treat anxiety disorders, epilepsy, and nerve pain. While one of the side effects is loss of libido, no other cases of the drug turning someone gay has been recorded, because, well, it doesn’t.

The young man admits that he was “curious” about having sex with men, but swears he was a “hot-blooded heterosexual” until his doctor prescribed the medication.

“I was with a girlfriend I had been with for around six months. I had never been interested in men. When I was younger I was a little bit curious but… A couple of weeks after I started taking it I turned around and said I didn’t find her physically attractive anymore. She knew I was taking Pregabalin.

“I said to her, ‘I don’t really know what’s happening to me and I told her I like men and I just can’t be with you.’ She was relatively understanding, as understanding as you could possibly be.”

Still, Purdy says he has no plans to stop taking Lyrica. He’s content being gay now.

“It took me a while to realise what it was. I stopped taking it for a few weeks and that desire for men just left. But I’m on it now; I’m very happy. I want to keep on taking it because it makes me feel happy about my sexuality. It’s made me feel very open. It’s liberating.

“Pregabalin is also used to control paranoia and anxiety. It’s made me so open and not bothered what people think or say,” he told the newspaper.

“Currently I’m talking to this lad on Plenty of Fish and in a couple of weeks I’m going up to see him. He’s in London. It’s really what I’m craving right now. I want to be with him right now.”

So, a young man who’s always fantasized about having sex with men took an anti-anxiety med and became less afraid of dipping a toe in the water. It doesn’t sound like the medication made him gay; it gave him the freedom to be himself.

Damn shame he still feels the need to take the opportunity to wrap himself in self-loathing.

Ronan Farrow wins a Pulitzer for taking down Harvey Weinstein