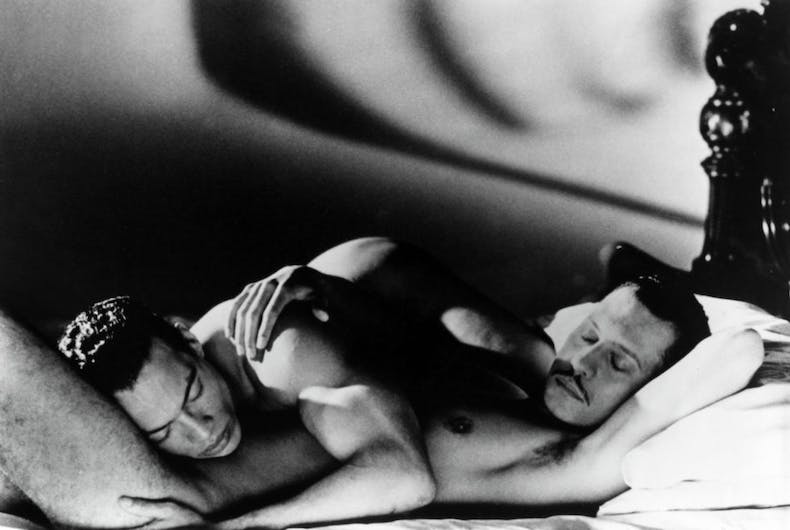 The month of February celebrates Black History in America and along with it the rich contributions African-American people have made. Though it too often goes unremarked, black filmmakers from have played a leading role in shaping queer culture and changing the way Americans think of the black community.

Check out ten films, a mix of documentaries and narrative features (and sometimes both), that enlighten and entertain.

Director Cheryl Dunne’s seminal film about an African-American lesbian trying to learn the fate of a 1940s Hollywood lesbian couple offers plenty of humor and drama, as well as something even more special: a chance to imagine part of black-queer history erased by time.

2017’s Oscar winner for Best Picture breaks the mold of typical “coming out” films with the moving story of a gay boy growing up in poverty in Miami. If that weren’t enough reason to watch, the movie also features some of the most beautiful cinematography in recent memory, and a couple of megawatt performances by Mahershala Ali (who also won an Oscar) as a drug dealing surrogate father, and Naomie Harris as the boy’s crack whore mother.

Writer/director Dee Rees may have just scored an Oscar nomination for her script to Mudbound, though she made an equally impressive film with Pariah. The semi-autobiographical tale of an African-American lesbian coming out in New York, Rees examines the plight of a woman who embraces her queerness, even if the rest of the world does not.

Director Marlon Riggs uses an odd blend of documentary and narrative filmmaking in this movie, a dissection of the outcast nature of black gay men in white and African-American culture. Chock with frank sexuality, the passion of the film makes it irresistible.

Director Damon Cardasis helmed this ironic musical about a gay and gender-questioning teen who discovers the New York drag ball scene. Featuring a vibrant cast (which includes transgender icon Kate Bornstein) of cis and transgender performers, the film plays like the love child of Moonlight and LaLa Land.

Marvel fans will marvel at a young Anthony Mackie in Brother to Brother, a film about a 21st century gay artist pining for the Harlem Renaissance, even though little has changed for black, queer men since. The film won the Special Jury Prize at the Sundance Film Festival, though it remains a little-seen gem.

This short film uses another hybridization of documentary and scripted scenes to pay homage to the plight of black, gay poet Langston Hughes, and the plight of queer men within the African-American community. Looking for Langston caused a sensation on release for its near-pornographic depiction of sex, and for use of Hughes’ estate blocking the use of his poetry in scenes of graphic sexuality.

Looking for Langston is available on DVD.

Breaking down barriers of low-budget filmmaking, director Sean Baker film Tangerine on three iPhones. The story of a transgender hooker, her cheating boyfriend/pimp and the other woman (a cisgender woman), Tangerine takes a humorous look at the life of transgender hookers, and scored raves upon its 2015 debut.

Talk about heady…Naz and Maalik tells the story of two young, black, gay Muslim men as they fall in love in New York. Not only to the have to leap the usual obstacles of coming to terms with their sexuality and falling in love, they also must deal with the FBI investigating them for terrorism. Largely improvised, Naz and Maalik earned wide praise for its unaffected performances and near-voyeuristic qualities.

Naz and Maalik streams on YouTube, Amazon, Vudu and iTunes.