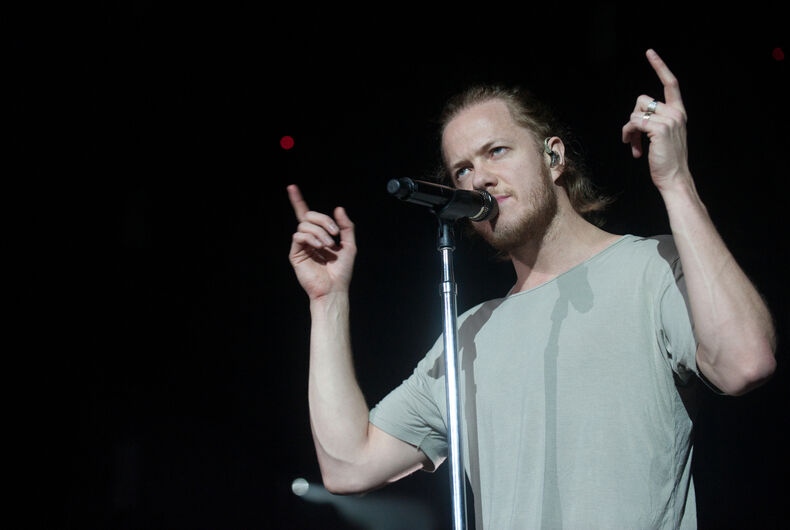 Continuing its long reputation of playing home to films featuring queer content, the Sundance Film Festival will debut a new documentary this week featuring lead singer of Imagine Dragons, Dan Reynolds. A former Mormon, Reynolds uses the new doc to highlight the shaming and persecution of LGBT people—youth in particular.

As directed by Don Argott, Believer follows Reynolds and his close friend, Tyler Glenn, the out-gay singer of Neon Trees, as they plan the LoveLoud Festival, a rock concert to benefit LGBTQ charities. In a peculiar move, the Church of Latter-Day Saints endorsed the concert as a positive step toward ending discrimination against a group of God’s children.

In recent years, the church has attracted wide criticism for using church funds in political activities, including sponsorship of California Proposition 8 to ban same-sex marriage rights.

Perhaps owing to the negative press, the church has walked back its stance on LGBT members in recent years. Rather than labeling queer people as sick or evil, the church now deems gay attraction as natural and incurable, though it still excommunicates gay people in relationships, and encourages parents to evict gay children from the home. Owing to massive numbers of homeless, former Mormon gay teens, the church has also issued rules that parents should wait until children turn 18 to kick them out.

“We have repeatedly denounced cruelty, rejection, bullying, and the mistreatment of others,” church spokesperson Eric Hawkins said in a statement. “We lobbied in support of Utah’s strong antidiscrimination laws. The church’s message is one of hope, compassion, and understanding. We want our LGBT brothers and sisters to know that there is a place for them and their contributions in the church. There is more to do, and we remain fully committed to these efforts moving forward.”

Despite these mild reforms, Reynolds contends the church has not done enough to prevent gay teen suicide or homelessness.

“These kids are being told their most innate sense of being is sinful,” Reynolds said. “Shaming is so destructive.”

He claims the documentary is part of a personal campaign to have the church alter its doctrine to allow for same-sex marriages, and for gay sex within relationships.

Though the Church of Latter-Day Saints has, thus far, shown no indication it will reevaluate its teachings on homosexuality, Believer appears to have already made an impact. The movie showed four times at Sundance last week, and brought down the house with a standing ovation at its premiere. The film will air on HBO this summer.