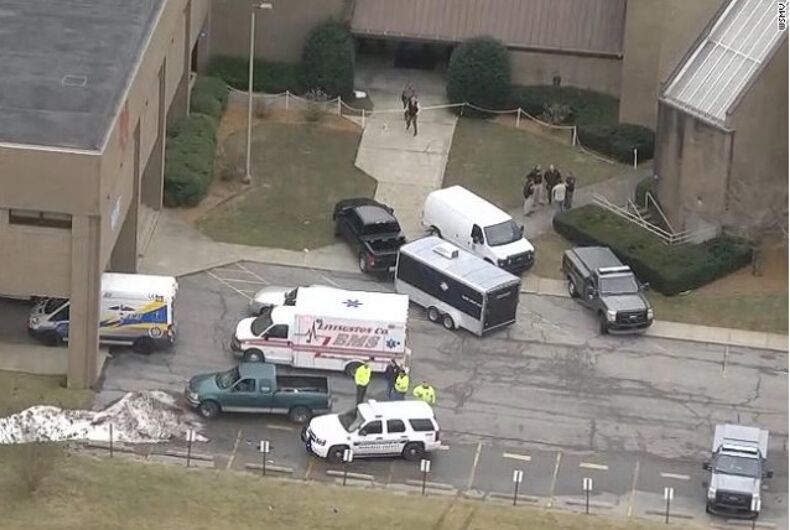 There have already been a recorded 11 school shootings in 2018, and we aren’t even out of the first month yet.

A cynical and irresponsible virtual silence has emanated from the White House and halls of Congress where placing blame for a government shut down and tweeting insulting comments holds more interest and importance than words of compassion and action plans to address the blight of gun violence that plagues our country.

A 15-year-old boy opened fire inside the school, killing two and injuring over a dozen.

One boy was injured when someone driving by the school fired on a group of students.

A 16-year-old boy shot a 15-year-old girl in the school cafeteria.

A 21-year-old Winston-Salem University student was shot and killed at a sorority event at Wake Forest University.

Two people in a car exchanged gunfire with a person in a dormitory parking lot.

A 14-year-old shot and killed himself in a school bathroom from a self-inflicted gunshot wound.

A student who mistook a training weapon for a real one fired a bullet through a classroom wall.

At least one shot rang out from outside the school, shattering a classroom window.

A 32-year-old man shot a pellet gun shattering a window on a school bus.

Two shots were fired at the school.

A man shot himself and died in the school parking lot.

The organization Everytown for Gun Safety counted nearly 300 school shooting in the United States since 2013, which averages one shooting per week. This year, we are already on track to far exceed that number. In the U.S., gun-related violence has reached epidemic proportions snuffing out the lives of upwards of 30,000-plus people and wounding many more annually.

On average, guns end the lives of more than 80 people in the United States every day.  Each year, gun violence affects over 100,000 people in some way. Many of the guns used in these killings reach military grade weapons power, guns which currently remain legal.

Rather than reducing the supply of firearms on our streets and in our homes, gun sales and ownership steadily increases. The United States ranks number 1 of 175 countries with the highest rate of firearms at 101 per 100 residents, with Serbia coming in a distant second at 58.2, Yemen third at 54.8, and Cyprus fourth at 36.4. Americans own nearly half of all civilian owned firearms in the the world.

What will it take for us to reverse the unholy alliance between corporate America and powerful pressure groups controlling politicians in the service of firearms manufacturers? How many more injuries and deaths will it take for substantially more people to pressure legislators to enact comprehensive gun safety measures?

Oscar nominations bring new level of diversity this year. But is it enough?