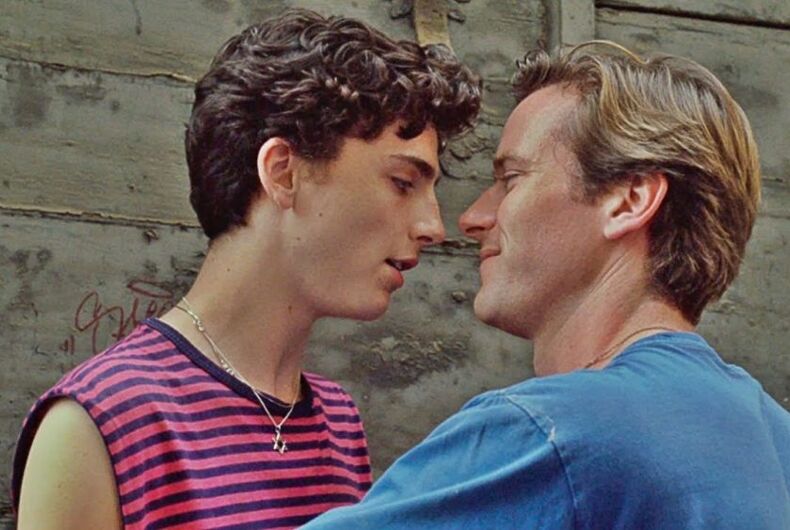 The Academy Award nominations for the 90th annual ceremony hit Tuesday morning, bringing along a good deal of surprises in the bunch. Leading the pack, The Shape of Water, a film about a mute woman in love with a sea monster (seriously) scored nine nominations — more than any other film this year. The Shape of Water earned considerable discussion as a modern fable attacking an oppressive society run by hostile white men.

In a reaction statement, Latino director Guillermo Del Toro acknowledged the film’s success as a sign of increasing diversity in Hollywood:

It is a great honor and joy to be here, today with a picture that remains faithful to all my convictions and the images I have loved since infancy. I want to thank the Academy and my professional colleagues for their kind disposition towards “The Shape of Water.” I share these nominations with all the young filmmakers in Mexico and Latin America who put their hopes in our craft and the intimate stories of their imagination…

Also striking a blow for diversity: the horror-comedy Get Out scored four nominations, including nods for Best Actor, Best Director and Best Picture. Director Jordan Peele became only the fifth black director in the history of the Oscars to score a nomination for his work. This year also saw a number of black actors nominated. Along with Get Out‘s Daniel Kaluuya, actors Denzel Washington, Octavia Spencer and Mary J. Blige also scored nods from the Academy. Blige also earned a nomination for Best Original Song.

Women also showed signs of advancement within the Hollywood community. Director Greta Gerwig became the first female Best Director nominee in eight years (following in the steps of Kathryn Bigelow, the only woman to actually win a directing Oscar). Dee Rees the writer-director of Mudbound also became the first African-American female writer to earn a nomination for Best Adapted Screenplay. An out lesbian, her achievement also signals increased acceptance of LGBT people in film, as does the nomination of out-lesbian Rachel Morrison, the first woman ever nominated for achievement in cinematography.

Queer-themed films also did well this year, with actor Richard Jenkins nominated for Best Supporting Actor for playing a gay man in The Shape of Water, and the queer love story Call Me By Your Name scoring four nominations, including nods for Best Actor, for Timothée Chalamet and Best Original Screenplay for out-gay writer James Ivory. Transgender filmmakers also made history, with Yance Ford becoming the first transgender director ever nominated for an Oscar with her short film Strong Island. The Chilean film A Fantastic Woman, nominated for Best Foreign Language Film also features a leading transgender actress, Daniela Vega.

Still, not everyone feels the new level of diversity goes far enough.

Activist April Reign, creator of the #OscarsSoWhite movement, has said that the new level of diversity still isn’t sufficient. “There’s still a lot of work that needs to be done,” Reign said following the nominations on Tuesday. “People unduly focus on films that reflect the black experience, when that has never been the goal of #OscarsSoWhite. It’s about everyone in this country being able to see themselves on-screen.”

The Academy has expanded membership in the past few years to more women and people of color, though white men still account for more than 80 percent of the membership.

“Because we are still talking about firsts in 2018, it feels like it really is two steps forward but one and a half steps back,” Reign contended.

“The next step is to have more people from traditionally underrepresented communities at the table with positons of power,” she added. “That’s the only way things are going to change.”

The Academy will hold its Awards ceremony on March 4.