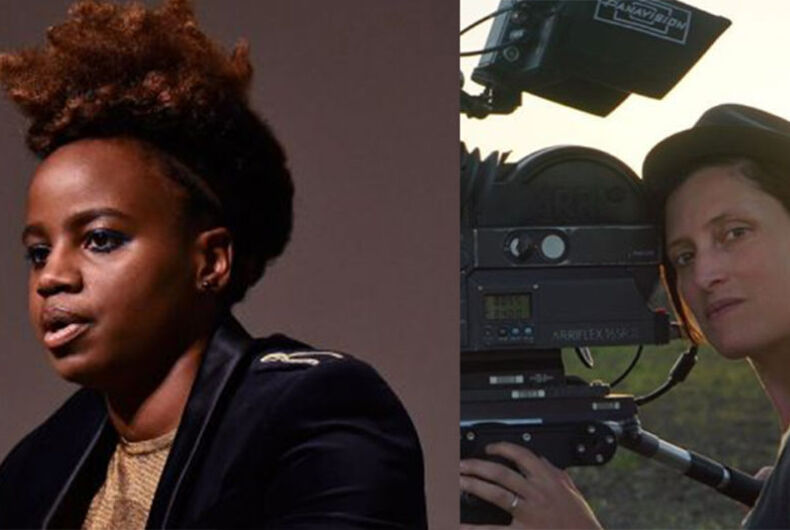 Two out and proud lesbians have made history for their work on the Netflix film “Mudbound.”

Rees also directed the movie, set in the Jim Crow South and based on the novel of the same name by Hillary Jordan. She wrote the screenplay with Virgil Williams.

Mary J. Blige stars in “Mudbound,” and has been nominated for best actress category, and the song “Mighty River” that Blige performed and Raphael Saadiq and Taura Stinson co-wrote has also been nominated.

Morrison is married and she and her wife welcomed a son into the world in February 2015. Rees is in a relationship with writer Sarah M. Broom.

Rees has said that her 2011 film Pariah, about a 17 year-old girl learning to accept herself as a lesbian, is semi-autobiographical.

The nominations were announced this morning.

“Women are so qualified they should just go for it. It’s not just about cinematography, it about believing in yourself and that anything’s possible,” Morrison told The Hollywood Reporter shortly after the nominations were announced. “I believe the job of the cinematographer is to visualize emotion — things we as women are inherently good at.”

Ellen DeGeneres turns 60 this week & no one can believe it