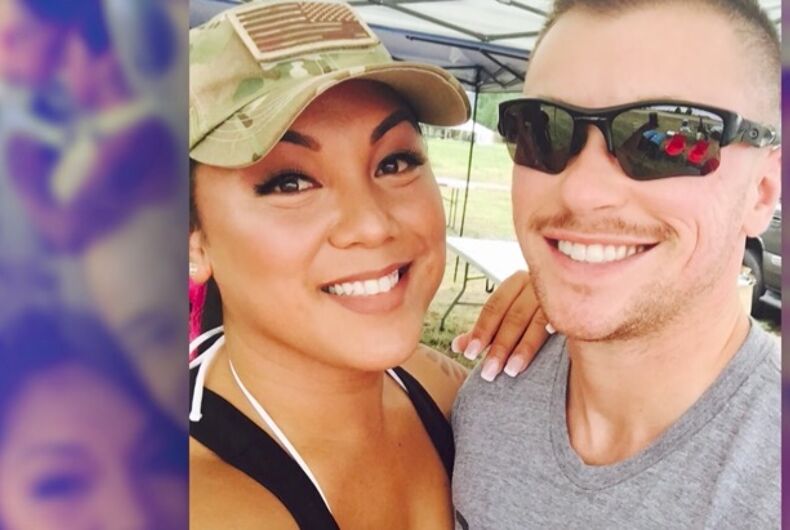 Ellen DeGeneres chatted with Logan and Laila Ireland today about Donald Trump’s ban on transgender people in the military. The Irelands are a transgender couple; Logan is currently serving his country while Laila is a veteran.

Trump’s military ban is opposed by most Americans and isn’t endorsed by any branch of the military. Some of the armed services commanders have publicly stated they will stand by their trans service members and Chief of Staff James Mattis has said he will wait for a current study to finish before making any further decisions.

In a recently released memo, Mattis told the armed services that currently serving trans people could re-enlist, but that new recruits could not be accepted.

Trump reportedly announced the ban on Twitter, taking the military leadership by surprise, after being told several conservative Republican legislators wouldn’t vote to fund the border wall Trump wants to build unless he nixed some health care benefits for trans soldiers. Instead, Trump announced his ban out of the blue, leaving even the most conservative politicians scratching their head.

Since Trump’s announcement there has been a bipartisan effort to pass legislation that would allow trans people to serve openly.