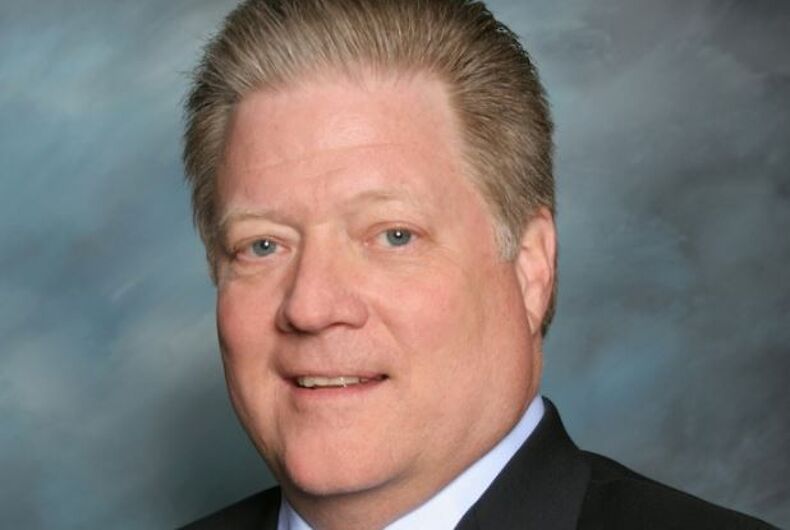 KB Home has cut CEO Jeffrey Mezger’s bonus by a quarter and has warned him that if he doesn’t get control of his anger he could be out of a job after he was caught on tape hurling homophobic and sexist slurs at neighbor Kathy Griffin.

Griffin’s longtime boyfriend Randy Bick called the police to register a noise complaint against Mezger, whose grandchildren were having a pool party next door. This is was not the first time the couple have complained about noise coming from the house, and tensions appear to have been at a high point.

Mezger can be heard on audio caught by Bick and Griffin’s security cameras calling Griffin a “bald dyke” and a “fucking cunt.” The reason for Griffin’s lack of hair makes matters even worse, as she shaved it in solidarity with her sister, who was battling cancer before passing away just two days before the incident with Mezger.

The KB Home board of directors decided to slash Mezger’s bonus by 25 percent, and warning him against future behavior, telling him it could result in his firing, CNN Money reports.

Mezger also brought up President Donald Trump putting “the heat on” Griffin after she posed for a controversial photo of herself holding what looked like the severed head of the president. She was interviewed by the Secret Service over the incident.

Sandra Davis, chief executive of MDA Leadership Consulting, called the penalty a “slap on the wrist” and said that he deserves to be fired. She added that the board had a chance to show it was committed to inclusion and diversity, but failed.

Are the majority of frogs in the United States now gay thanks to chemicals in water?

Watch: Ellen sat down with a transgender military couple to talk about Trump’s ban