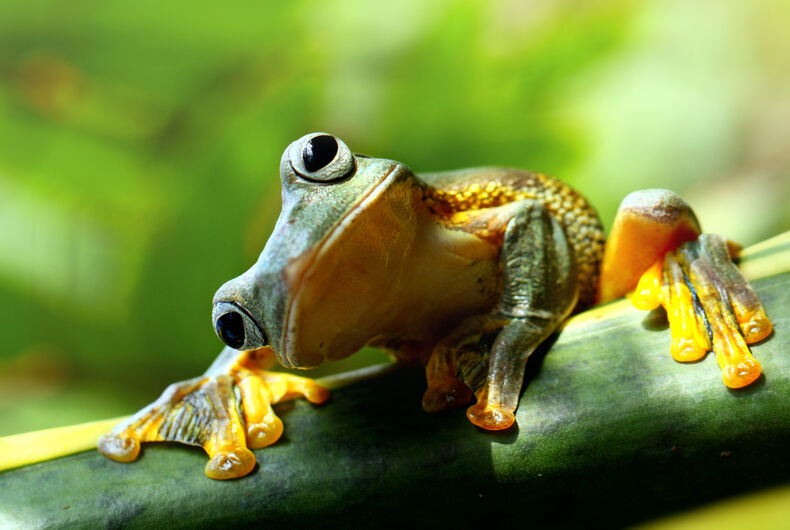 InfoWars‘ Alex Jones is notorious for his conspiracy theories – including claims that most mass shootings are government sponsored and uses actors to portray victims and attackers. He’s said Michelle Obama is transgender, that chemtrails cause autism, and, most infamously, that the government has put chemicals in the water to turn Americans more feminine.

Jones has made this claim repeatedly and uses the made-up “fact” that most frogs in the US are gay now as “proof.” Of course, there is no proof of this – especially as the amphibious critters continue to reproduce at normal rates.

“Proof! Gay frogs are real! Due to clips of me talking about it…they’re admitting that the majority of frogs in most areas of the United States are now gay. They don’t choose females, they go over to the male and then they go and live together,” Jones said on his show yesterday.

“And then you read Brave New World, written in 1932, and he SAYS that’s the plan. They’re putting chemicals in the food and water and you look at men and women and you can’t tell what’s what most of the time!”

Watch the unhinged crazy below if you dare.

Ellen DeGeneres: ‘I want a baby’