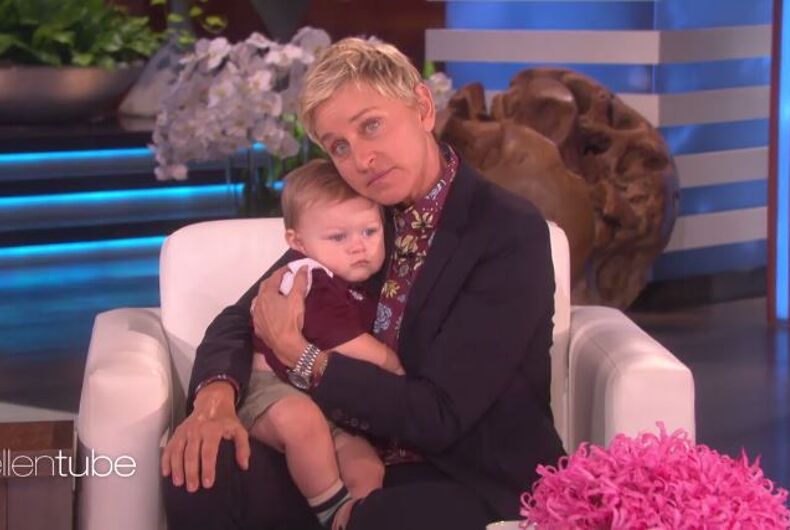 Ellen DeGeneres declared that she wants a baby after one of her guest’s son, 10-month-old Emmett, stole her heart on Thursday’s show.

She welcomed Ashton Robinson, a single mother from Texas, to her show on Thursday, alongside her professor, Henry Musoma, who encouraged her to bring her baby to class so she wouldn’t have to miss out on attaining a higher education.

During the segment, Ellen requested Emmett be brought out so she could hold him while they spoke.

At one point, Emmett and Ellen locked eyes, and then he leaned in for a snuggle.

Watch the adorable segment below.

Of course, if she’s serious in her desire for a child, she’d have to run it by wife Portia de Rossi, for whom she recently posted a loving Instagram post that doubled as a plea for Australians to vote in favor of marriage equality.

Are the majority of frogs in the United States now gay thanks to chemicals in water?