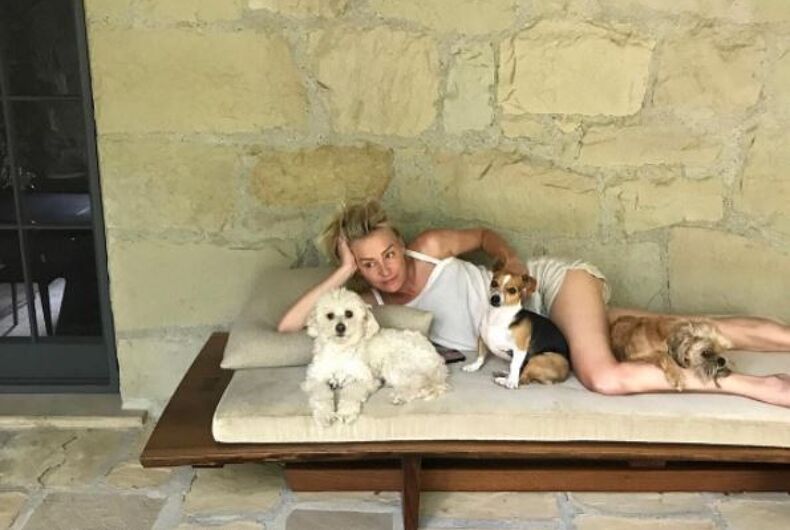 Ellen DeGeneres has taken to social media to encourage Australians to vote in favor of marriage equality in a moving expression of her love for wife Portia de Rossi.

“I appreciate my wife every day,” she writes. “I can’t imagine calling her anything else.”

Australia is holding a non-binding, nationwide postal survey on marriage equality. If the majority of the country votes in favor of it, as polls suggest they will, the parliament is expected to take up the issue.

The debate has gotten quite ugly at times, with anti-gay posters popping up in major cities throughout the country.

Ellen’s post is a wonderful reminder that at the end of all the back and forth, what this is really all about is love and equality.