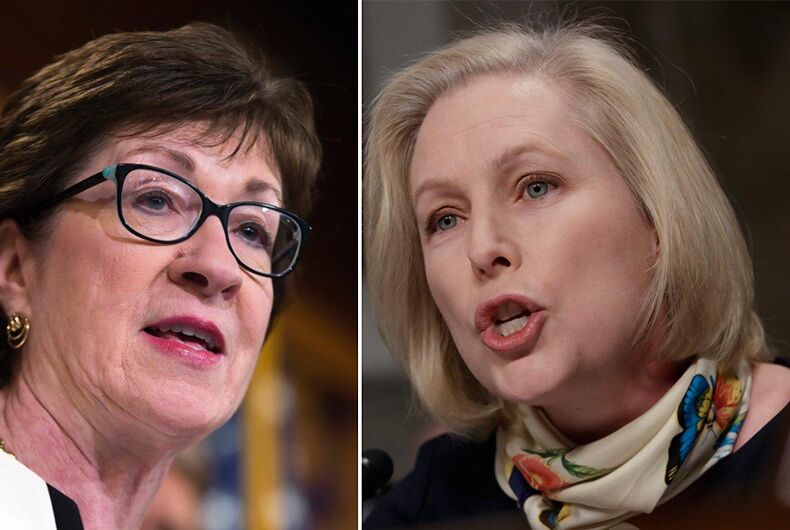 Can President Trump’s ban on transgender people in the military be stopped? A bipartisan duo of Senators think they have a good chance of doing just that.

Republican Senator Susan Collins of Maine and Democrat Kirsten Gillibrand of New York have introduced an amendment to the upcoming National Defense Authorization Act that would override the president’s ban and replace it with language that specifically says trans people are allowed to serve.

“Any individual who wants to join our military and meets the standards should be allowed to serve, period. Gender identity should have nothing to do with it,” Gillibrand said in a joint statement. “I am proud to work with Senator Collins to introduce our bipartisan amendment to protect transgender members of our Armed Forces, and I will always fight for our brave transgender troops who put their lives on the line to protect our country.”

“Our armed forces should welcome the service of any qualified individual who is willing and capable of serving our country,” Collins added. “If individuals are willing to put on the uniform of our country, be deployed in war zones, and risk their lives for our freedoms, then we should be expressing our gratitude to them, not trying to exclude them from military service.”

Collins and Gillibrand were instrumental in killing the failed “Don’t Ask Don’t Tell” policy that kept openly gay and lesbian Americans from serving in the military.

While it’s unclear if the amendment will get a vote, Senator John McCain, who decried the trans ban as “a step in the wrong direction,” will lead debate on the NDDA this week.

Guidance submitted to the Pentagon from the White House gives Defense Secretary James Mattis the discretion on whether or not to dismiss a currently serving trans person from the military, but dictates that transgender recruits are not welcome.

Is Demi Lovato dating a woman?

When he came out to his future roommate, this young man got quite the surprise