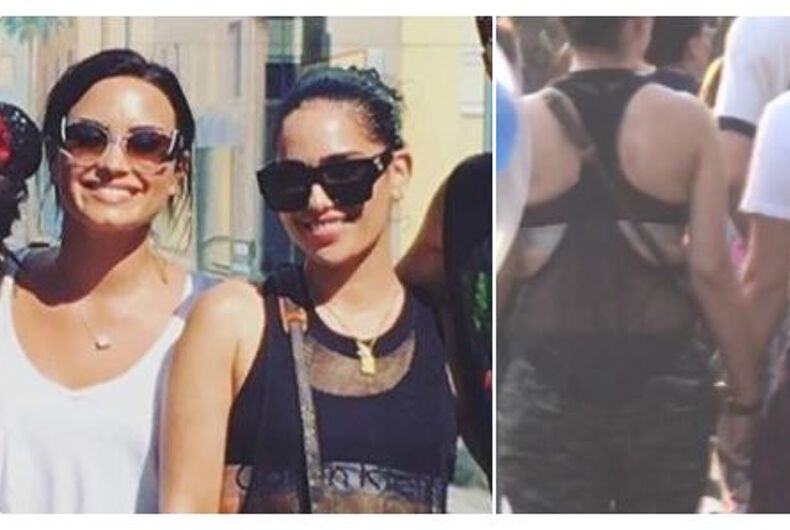 Demi Lovato was recently spotted holding hands and being affectionate with DJ Lauren Abedini at Disneyland, fueling speculation the pair are dating.

I just saw Demi Lovato at Disneyland and she was holding hands with some chick 🤷🏻‍♀️@DisneyParkCeleb @DisneylandCeleb pic.twitter.com/Sohfa9OoRA

Lovato was also spotted wrapping her arm around Abedini, who performs under the name Kittens.

Reps for both Lovato and Abedini have not returned requests for comment from Page Six.

What are you proud of now that you were once ashamed of?

Lovato’s lyrics have been analyzed before with questions toward her sexuality.

The song “Cool for the Summer,” for example, includes the lyrics “Take me down into your paradise / Don’t be scared ’cause I’m your body type,” “Got a taste for the cherry / I just need to take a bite,” and “Tell me what you want, what you like, it’s OK / I’m a little curious, too.”

When asked by HuffPost if the lyrics are a reference to experimenting sexually with other women, the singer answered in a roundabout way that only acted to fuel more speculation from fans.

“I’m not confirming and I’m definitely not denying,” she said. “All of my songs are based off of personal experiences. I don’t think there’s anything wrong with experimentation at all.”

She spoke again in rather vague terms about the topic during an interview with Alan Carr, after he asked if the song is about lesbians.

“I’m not confirming, and I’m definitely not denying,” she said.

“All of my songs are based off of personal experiences,” she added. “I don’t think there’s anything wrong with experimentation at all.”

“The trouble is, I experimented once and it stuck,” the gay comedian shot back.

“Hey, I didn’t say it didn’t stick either,” Lovato answered.

Edie Windsor, the mother of marriage equality, has died