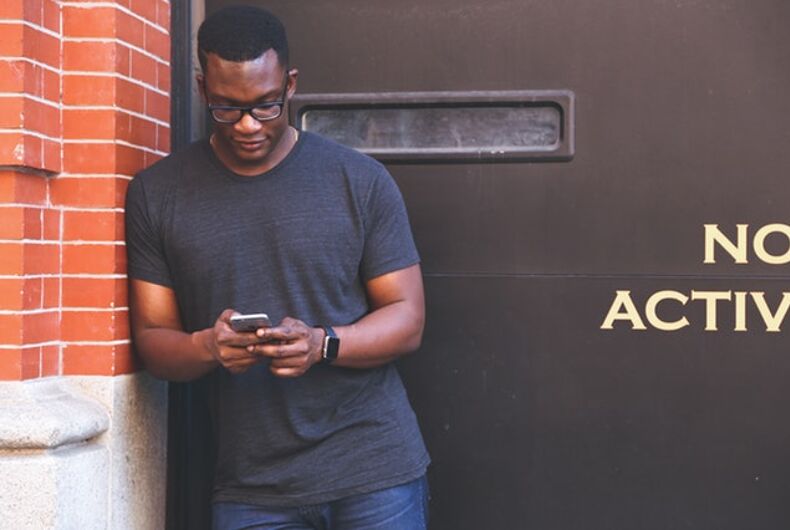 Coming out can be a tricky situation, let alone when the person you’re coming out to is a stranger with whom you’ve just signed a lease.

That was the situation following a man who shared his story on Reddit of coming out to his soon-to-be roommate.

“Probably should have told you this before signing the lease,” he begins. “But I’m bi/gay/still figuring it out. I know you probably don’t care but thought I’d let ya know.”

The roommate thanks him for his courage and for feeling comfortable enough to tell him.

Better still, he takes the opportunity to come out himself.

“I think that’s awesome you’re figuring things out and it definitely won’t change anything between us,” he writes. “Also thank you for opening this window because I have been stressing about telling you, but I’m bi myself.”

“So we can just be a big ol bi/gay/figuring things out house,” he adds.

The reactions largely center around whether or not the two should have sex, with most cautioning against it.

It should be said that not all “bi/gay/figuring things out” guys are going to just naturally be attracted to one another and start humping like crazy, no matter what stereotypes you might have heard.

“Don’t sex your roommate. Generally a bad idea because humans have feelings and they get complicated and you don’t want to live with an EX until your lease expires,” one Redditor advises.

But if they do find one another attractive and later want to get together, someone else did offer a plan.

“Yep. Build the sexual tension for a year, move out and then boink like crazy,” he writes.

Hopefully the original poster will return and tell us all how it’s going as the semester gets underway. Whatever the end result, it at least appears they are off to a good start.

Have you ever had to come out to a roommate? If so, tell us how it went in the comments.

News
Coming Out, Coming out stories