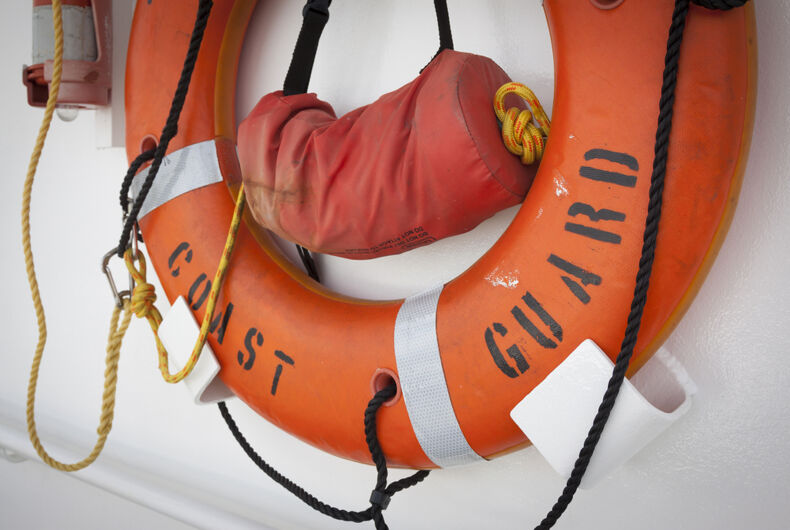 Admiral Paul Zukunft, the Commandant of the United States Coast Guard, is pushing back against President Trump’s surprise ban on transgender service members. While details about the policy haven’t been fleshed out and no guidance has been given to the military, Zukunft says he will not turn his back on transgender Coast Guardsmen.

Speaking at the Center for Strategic and International Studies, Zukunft told the crowd that as soon as he was aware of Trump’s tweets, he instructed his office to reach out to the 13 Coast Guardsmen that have self-identified as transgender.

“I reached out personally to Lt. Taylor Miller, who was featured on the cover of The Washington Post last week,” Zukunft said to the crowd. “If you read that story, Taylor’s family has disowned her. Her family is the United States Coast Guard. And I told Taylor, ‘I will not turn my back. We have made an investment in you, and you have made an investment in the Coast Guard, and I will not break faith.'”

56 retired generals and admirals are also adding their voices to the opposition. The former military leaders are pushing back in a public statement released today, saying “President Trump seeks to ban transgender service members because of the financial cost and disruption associated with transgender military service. We respectfully disagree, and consider these claims to be without merit.”

“This proposed ban, if implemented, would cause significant disruptions, deprive the military of mission-critical talent, and compromise the integrity of transgender troops who would be forced to live a lie, as well as non-transgender peers who would be forced to choose between reporting their comrades or disobeying policy,” they write. “As a result, the proposed ban would degrade readiness even more than the failed ‘don’t ask, don’t tell’ policy. Patriotic transgender Americans who are serving — and who want to serve — must not be dismissed, deprived of medically necessary health care, or forced to compromise their integrity or hide their identity.”

“Transgender troops have been serving honorably and openly for the past year, and have been widely praised by commanders.”

Warning shots fired. Trans folk are there to stay now.

Was Trump responsible for the Fox conspiracy story about a gay DNC staffer’s death?