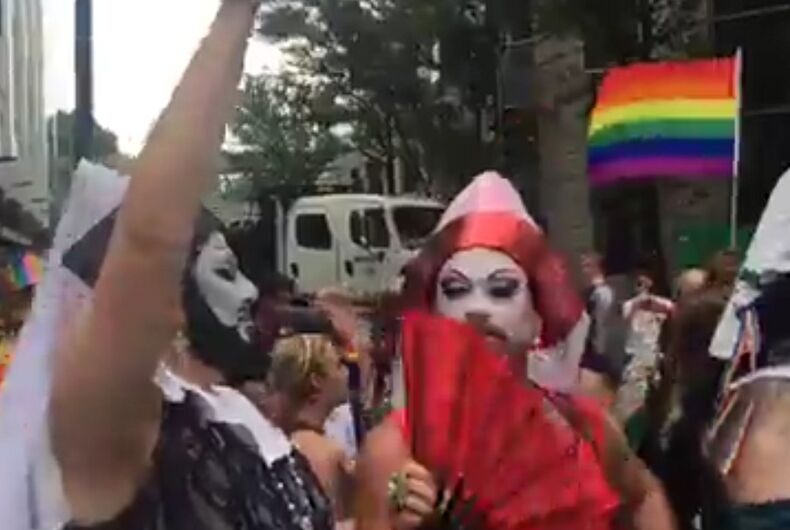 Does the population that gave the world the Sisters of Perpetual Indulgence hate femininity?Photo: Screenshot/Facebook

Some anti-LGBTQ protestors showed up at pride in Charlotte, North Carolina, to rain on a parade, but these drag queens weren’t having it.

LGBTQ Nation‘s Jeff Taylor was there and recorded the drag queens drowning out the sound of hate with the sound of fans.

Illinois just made it easier to correct a birth certificate