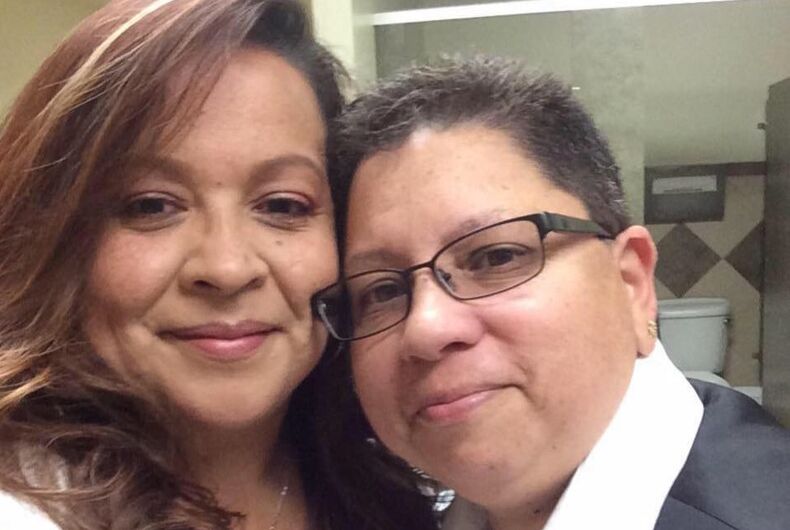 Every time a same-sex couple comes in for a wedding cake appointment, Cathy Miller, who owns Tastries Bakery in Bakersfield, California, tells them their wedding violates her religious beliefs and makes an appointment for them with a competitor.

According to Miller, the LGBTQ people she discriminated against didn’t cause her much trouble until Eileen Del Rio came in yesterday for a tasting for her upcoming wedding to her fiancee.

Del Rio posted on Facebook that she was given the same treatment; Miller told her that her wedding violated her beliefs, so she would send their information to another baker.

But instead of keeping quiet, Del Rio posted about the incident on Facebook.

“Well this rude ass person says I will make your order but I don’t condone same sex marriages and will have no part in this process,” she wrote. “Oh but you want to take my order and give it another bakery so that bakery can do it.”

“I’m really hurt by this,” Miller said, apparently unaware that she has been hurting others for years.

Miller has taken down Tastries Bakery’s Facebook page because she received negative comments, while a local photographer has already offered to take pictures at the couple’s wedding.

Watch these drag queens drown hate with the sound of fans