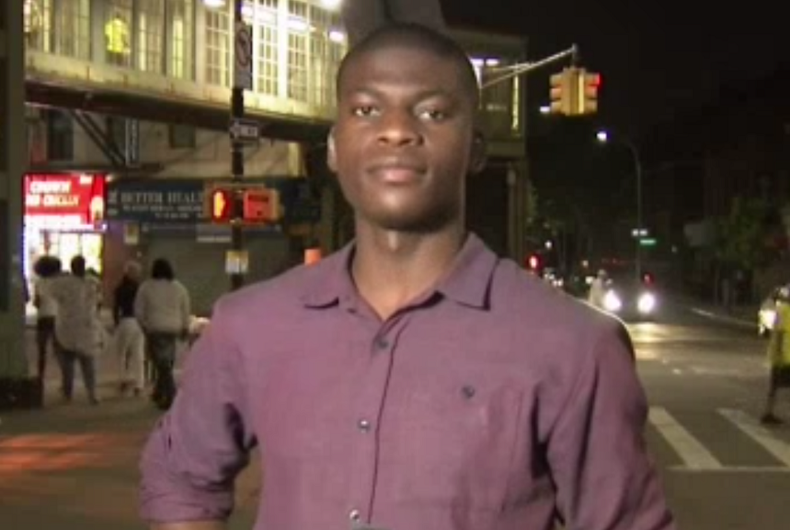 A possible anti-gay attack in Brooklyn left one man with a broken jaw.

Police say that a group of four people, one of whom has been identified as a social services worker, were walking at 4 a.m. Saturday morning in Bedford-Stuyvesant. A group of men followed them in and shouted anti-gay slurs.

When one of the people in the group of four tried to deescalate the situation, one of the men the men punched the social services worker in the face, fracturing his jaw.

The attackers fled the scene.

The victim is in the hospital and may need surgery for his broken jaw.

Police are investigating this attack as a possible hate crime.

‘Nurse Jackie’ actor comes out as gay… and a bottom