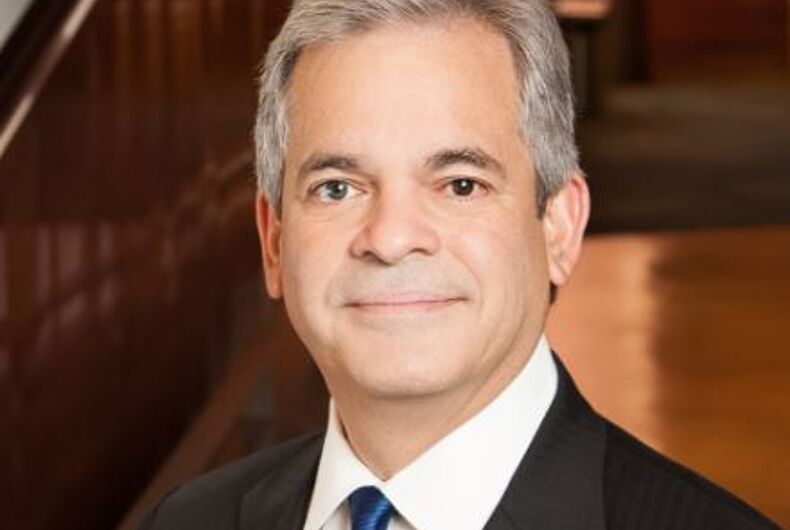 After President Donald Trump shocked much of the country, including some of his own staff, by tweeting that transgender solider would be banned from serving in the military, some elected officials stepped forward to stand by them.

One such ally is Mayor Steve Adler, who sent of a series of his own tweets, but more on the right side of history than our president’s poorly-planned missives.

Adler invited transgender soldiers to join Austin, Texas’s police force if they are kicked out of the military.

Austin is the safest big city in Texas partly because we know our differences make us a stronger community. 2/

If you get kicked out of the service because you’re transgender, please apply to join our police force. https://t.co/QoO4xWmYk9 3/

Any actual change to policy concerning transgender soldiers will have to wait for an actual directive to come from the White House. A few hastily thrown together tweets because you’re afraid you might lose your precious border wall turns out to not be enough.

Trump’s tweets were but one of three key moves by the administration on the same day showing that it will take a much different tactic on LGBTQ rights than the Obama administration, under whose direction the Pentagon lifted the ban on transgender people openly serving in the armed forces.

On the same day as the announced ban, Trump chose one of the country’s most anti-LGBTQ politicians, Gov. Sam Brownback, to head up their “religious freedom” initiatives, and the Department of Justice intervened in a case to argue that gay people should not be protected by the Civil Rights Act of 1964.

Is Trump about to release that anticipated anti-LGBT ‘religious freedom’ order?