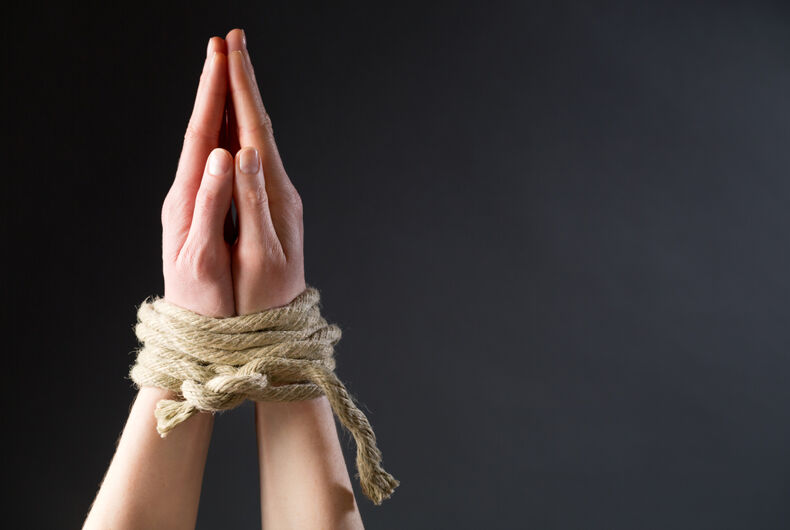 Speaking on the Family Research Council’s “Washington Watch” radio show this week, president Tony Perkins dropped a bit of news that will send shudders down the back of the LGBT community. He told his followers that the Trump administration will move forward with it’s anticipated anti-LGBT “religious freedom” executive order.

“By the way, stand by next week, you’re going to see some follow-up to the president’s executive order on religious liberty,” Perkins said on the show. “The next phase of that is going to be coming about and I think it is going to be very instructive. We are going to see government agencies basically put on notice that they have to respect religious freedom. And that is not just the ability to believe, it is the free exercise of religion.”

While a previously leaked version of the order was tantamount to a license to discriminate against LGBT people, when Trump released the order in May all references to LGBT people were stripped out and, instead, it concentrated on allowing ministers to endorse political candidates from the pulpit and instructed Attorney General Jeff Sessions to write “new rules” on how the long-standing directive should be applied.

Sessions, who addressed the anti-LGBT hate group Alliance Defending Freedom and tried to keep his remarks a secret (of course, a transcript was promptly leaked), assured the group that he would make defending “religious freedom” a top priority of the department and promised his office would issue new guidelines on the subject soon.

“Congress enacted RFRA so that, if the federal government imposes a burden on somebody’s religious practice, it had better have a compelling reason,” Sessions said during his speech. “That is a demanding standard, and it’s the law of the land. We will follow it just as faithfully as we follow every other federal law. If we’re going to ensure that religious liberty is adequately protected and our country remains free, then we must ensure that RFRA is followed.”

Perkins, who has the ear of many prominent Republican politicians, is considered a mostly reliable source for right wing Christian issues.

The administration did not respond to requests for statement on Perkins’ prediction. This story will be updated if they respond.