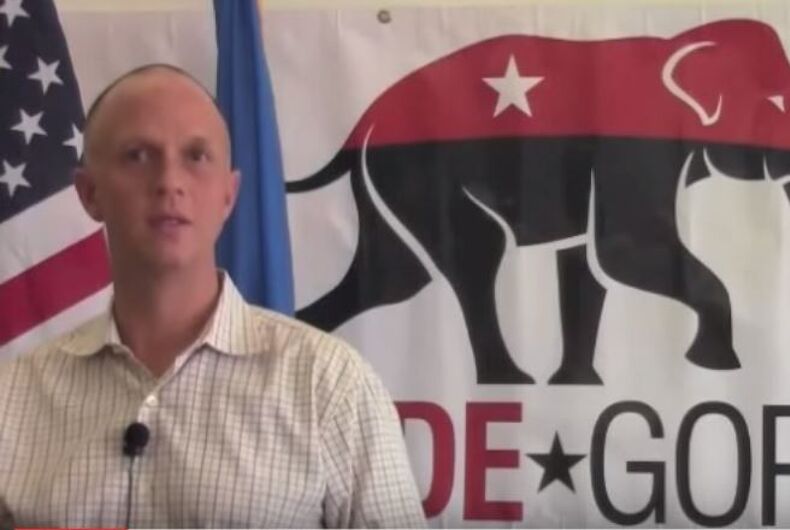 John Fluharty has withdrawn himself from consideration for a DHS position.Photo: YouTube Screenshot

A top candidate for a senior position at the Department of Homeland Security has withdrawn himself from consideration due to President Donald Trump’s series of tweets on Wednesday saying transgender people will not be allowed to serve in the military.

He informed DHS officials via email on Wednesday that he no longer wanted the position, Politico reports.

“As I mentioned in our conversation, I am a strong advocate for diversity, both in the Republican Party and in government,” Fluharty wrote in the email. “The President’s announcement this morning — that he will ban all of those who identify as transgender from military service — runs counter to my deeply held beliefs, and it would be impossible for me to commit to serving the Administration knowing that I would be working against those values.”

“He was one of many candidates being considered and he withdrew from consideration,” DHS spokesman David Lapan wrote in an email. “We’re not aware of anyone else who withdrew for that reason.”

This is not the first stumbling block the administration has faced in trying to fill the position.

Sheriff David Clarke, who has a history of making anti-LGBT comments, was also being considered at one time, despite being at the center of controversy over a series of deaths at the jails he oversees. He is no longer being considered for the job.