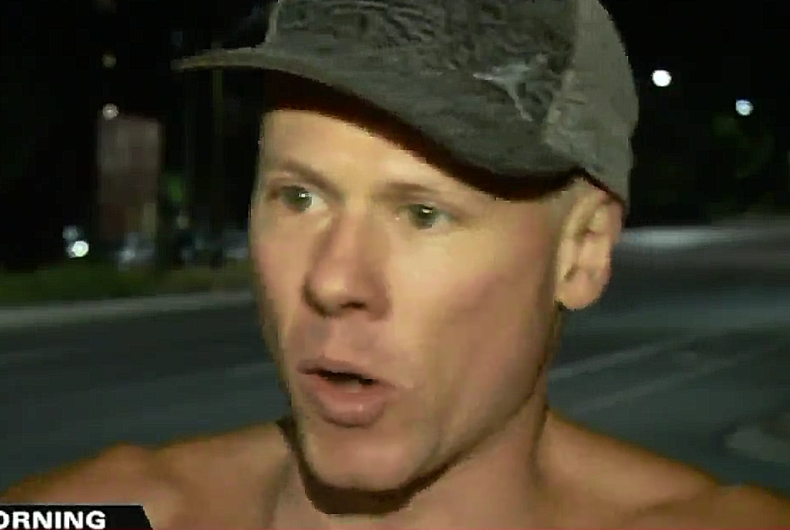 About 20 homophobic protesters rallied in front of a nightclub in Utah.

Police went to Club Jam, an LGBTQ club in Salt Lake City, at 1 am Saturday morning, responding to a noise complaint. They found a small group of protestors demonstrating against the concept of homosexuality.

The protestors had signs and T-shirts with anti-gay messages including “Homosex is sin” and “Romans chapter one reads your sin of sodomy is worthy of death.” They were shouting at patrons as they came and went from the club.

“For the most part, it’s a religious group that is preaching against homosexuality,” Salt Lake City police lieutenant Scott Smalley told the Salt Lake Tribune.

A neighbor, though, said that before police showed up it looked like the protest might turn violent. “Some of them came out there and it looked like a tussle was going to ensue, and then like seven cop cars with red and blue lights rammed up and broke it up or else it probably would have gotten pretty physical,” Shane Curtis told Fox 13 News.

According to Smalley, the protestors wanted a confrontation. “They want to incite,” he said.

Club owner Brandon Purser said, “I will ask that my employees refrain from any engagement, despite what hostility is sent toward them, the establishment, or the LGBTQ community.”

Friday night was the opening of Pride festivities in Salt Lake City. Most of the protestors were from out-of-state.

The protestors left about an hour after the police showed up.