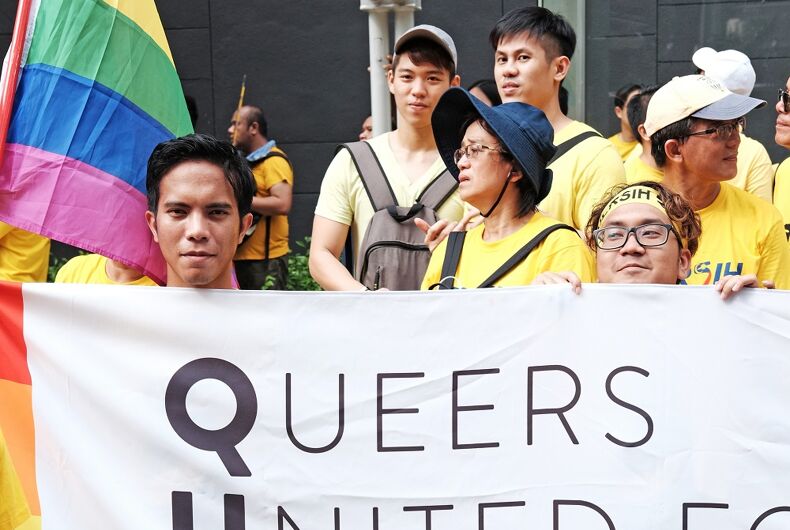 Protesters at the Malaysia rally organized by BERSIH, the coalition for clean and fair election in Jalan Ampang, Kuala Lumpur, Malaysia. (2016)Photo: Shutterstock

The Malaysian government wants people to join in its fight against LGBT people so much that it’s offering money.

The country’s health ministry has opened a contest for anti-LGBT videos, with cash prizes. Winners will receive between 1000 ringgit ($234) and 4000 ringgit ($934).

The ministry’s website says that videos should focus on “prevention, control and how to get help” and “issues and consequences” related to homosexuality and “gender confusion.”

“Each work will be judged on originality, content, concept and creativity and quality production by a panel of judges appointed by the organizers,” says the site.

Ironically, the theme of a contest that is intended to make people feel bad about a fundamental part of their identities is “Value Yourself, Healthy Lifestyle Practice.”

“Sexual health” and “sex and the internet” are two other categories for videos in the contest.

“This kind of contest will only add to the confusion and distrust and fear,” Pang Khee Teik, a local activist, told the AFP.

Sex between men is banned in Malaysia, and punishment can include 20 years in prison, fines, and whippings.