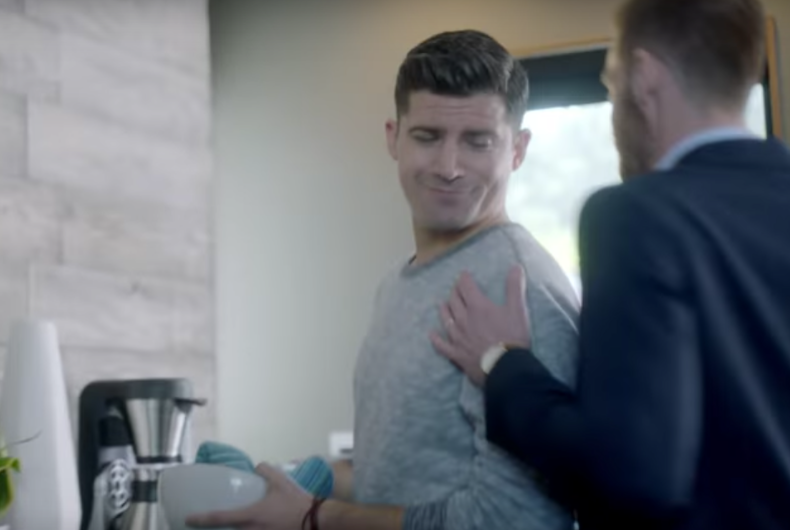 Google Home, a personal assistant device, released a new feature — and with it, a new ad featuring two dads.

“Good morning, Google, tell me about my day.”

The Google Assistant proceeds to tell one of the dads, Alex, about the traffic for his commute. Next up is Ross. His day doesn’t start until 10 am, so he offers to take their kids to school. There’s nothing remarkable about the content of the ad; the morning routine will likely be familiar to families of all types. But the nod toward LGBTQ families is meaningful.

The ad not only demonstrates Google’s commitment to diversity and inclusion, it also serves as an effective illustration of Google Home’s new feature — multiple users — showing how the device can distinguish between the voices of the two men.

Bonus: Google Home also helps Alex understand what his daughter means when she says, “Abieto, papa!” as she heads out the door.