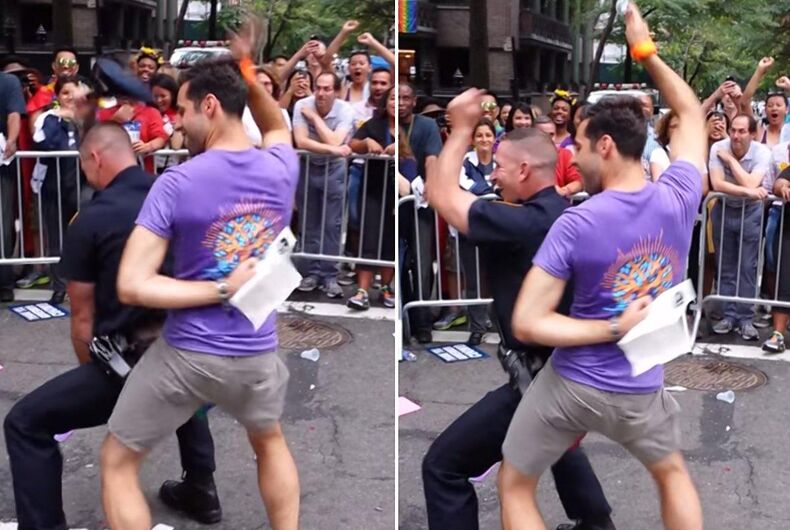 NYPD Officer Michael Hance, who made headlines two years ago for twerking at a Pride parade, has died of brain cancer at age 44.

Hance, who has been with the NYPD for 17 years, was part of the bucket brigade immediately after the 9/11 World Trade Center attacks, which worked to clear rubble from Ground Zero.

After falling in front of his home last November and feeling dizzy, he was diagnosed with brain cancer. The cancer spread to his lungs, chest, and liver.

Hance, who identified as straight, was working at the Pride parade in Manhattan two years ago when a man who was marching with an LGBT sports group started dancing in front of him to Michael Jackson’s “Don’t Stop Till You Get Enough.” Hance started dancing with him, and the 13-second video clip of the moment went viral.

“Aaron had danced in front of a lot of cops, but they were not as responsive,” Paige Ponzeka, who recorded the moment, said. “Then we saw this officer get into it. (Hance) understood what the parade was about — about having fun and being yourself.”

“He was definitely a people person. He has like 8 million friends,” his brother said, referring to the number of times the video was viewed.