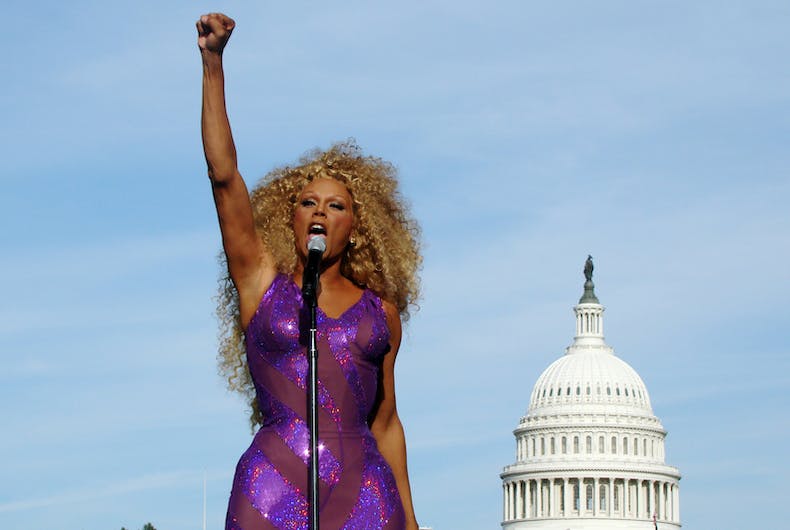 Drawing inspiration from last weekend’s Women’s March on Washington, a gay activist in New York City has announced plans for the National Pride March, a “mass” LGBT protest at the nation’s capital on June 11.

David Bruinooge, 42, of Brooklyn, N.Y., announced the plan on Facebook and created an event page for those interested in keeping up with the protest’s progress.

“We urge all supporters, friends, and family to descend on DC for the Pride 2017 weekend (June 8-11th) to make sure our voices are heard,” part of the post reads.

The march will coincide with Capital Pride, DC’s annual pride celebration, and organizers hope to draw big numbers to send a clear message to Washington’s powered elite that LGBTQ rights are not to be threatened.

“I was watching the events [of the Women’s March] unfold on TV and I was very proud and inspired by all the women, the strong women in our country who were kind of taking this to the street and getting their voices heard,” Bruinooge told the Washington Blade. “And in the back of my mind as an openly gay man I thought the gay community should be doing something like this to follow up on the momentum,” he added.

Ryan Bos, executive director of the Capital Pride Alliance, has been in touch with Bruinooge and is expected to work to bring the march into the fold of official Capital Pride events.

Bos has already made one smart call, urging Bruinooge to change the name of the event, originally “Gays on the Mall,” to the inclusive “National Pride March.”

“This will be an ALL-inclusive and peaceful event,” reads the announcement on Facebook.

We will be following this story as it develops, and if the fates allow, you’ll know where to find us on June 11.

The last major LGBT protest in DC was the National Equality March in 2009, which called for full equality for LGBTQ people in all matters of civil law, in all 50 states. At that time, only five states had legal same-sex marriage. It drew participants in the hundreds of thousands.