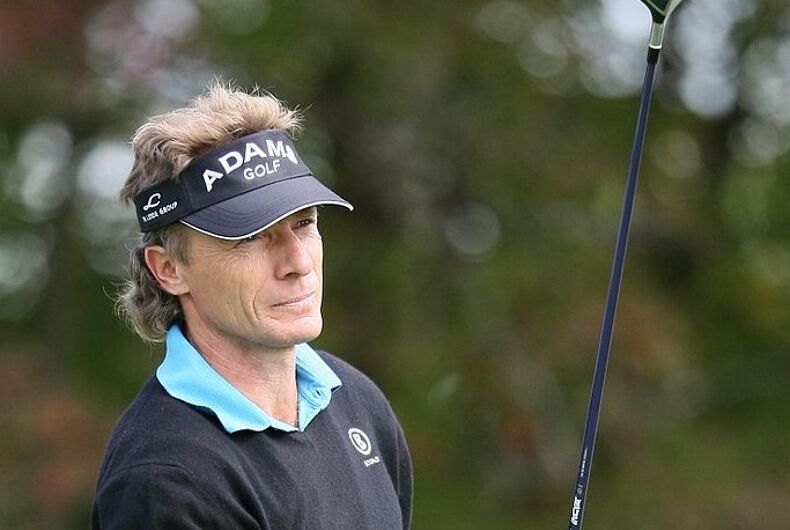 The New York Times is reporting that Donald Trump is still saying he would have won the popular vote if millions had not voted illegally, now using a story involving German golfer Bernhard Langer to justify his position.

Three unidentified witnesses told the Times that, in a reception for Congressional leaders at the White House, Trump launched into a bizarre story to show that illegal voting is rampant.

The witnesses described the story this way: Mr. Langer, a 59-year-old native of Bavaria, Germany — a winner of the Masters twice and of more than 100 events on major professional golf tours around the world — was standing in line at a polling place near his home in Florida on Election Day, the president explained, when an official informed Mr. Langer he would not be able to vote.

Ahead of and behind Mr. Langer were voters who did not look as if they should be allowed to vote, Mr. Trump said, according to the staff members — but they were nonetheless permitted to cast provisional ballots. The president threw out the names of Latin American countries that the voters might have come from.

Mr. Langer, whom he described as a supporter, left feeling frustrated, according to a version of events later contradicted by a White House official.

The anecdote, the aides said, was greeted with silence, and Mr. Trump was prodded to change the subject by Reince Priebus, the White House chief of staff, and Senator John Cornyn, Republican of Texas.

Langer is not a US citizen and has not commented on the story.

An unidentified White House staff member says he remembers Langer’s story being about a friend who was turned away from a polling place, not about Langer himself.