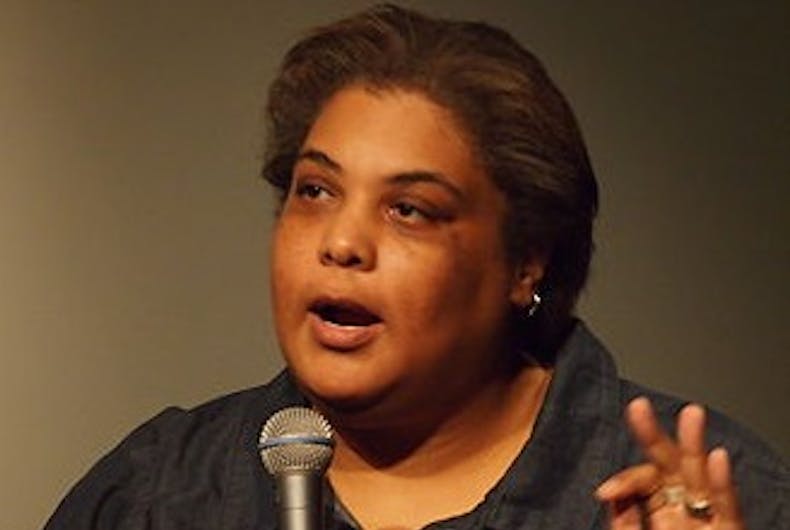 Roxane Gay said she's "fortunate enough to be in a position to make this decision" to leave her Simon & Schuster book deal.Photo: Wikipedia

Best-selling writer Roxane Gay announced that she would not turn in a book to Simon & Schuster because the publishing house gave Milo Yiannopoulos a $250,000 book deal.

Gay was supposed to turn in a book called How to Be Heard that would have been published in 2018 by TED Books, an imprint of Simon & Schuster. Yiannopoulos, who rose to fame after he was banned from Twitter for sexist harassment, is set to publish with Threshold, another Simon & Schuster imprint.

“When the announcement about Milo’s book first came out, I was relieved because I thought I didn’t have a book with Simon & Schuster and tweeted something to that effect,” Gay told BuzzFeed. “Then I remembered my TED Book and that TED is an imprint of Simon & Schuster. I was supposed to turn the book in this month and I kept thinking about how egregious it is to give someone like Milo a platform for his blunt, inelegant hate and provocation. I just couldn’t bring myself to turn the book in. My editor emailed me last week and I kept staring at that email in my inbox and finally over the weekend I asked my agent to pull the book.”

She says that her choice is not about censorship. “Milo has every right to say what he wants to say, however distasteful I and many others find it to be. He doesn’t have a right to have a book published by a major publisher but he has, in some bizarre twist of fate, been afforded that privilege. So be it. I’m not interested in doing business with a publisher willing to grant him that privilege. I am also fortunate enough to be in a position to make this decision. I recognize that other writers aren’t and understand that completely.”

Gay’s statement came just after Simon & Schuster responded to criticism Monday with a letter saying that they will not publish “hate speech,” arguing that Yiannopoulos’s book Dangerous would be “a substantive examination of the issues of political correctness and free speech.”

Gay has not found a new publisher for the book. “I do hope the book is published someday.”