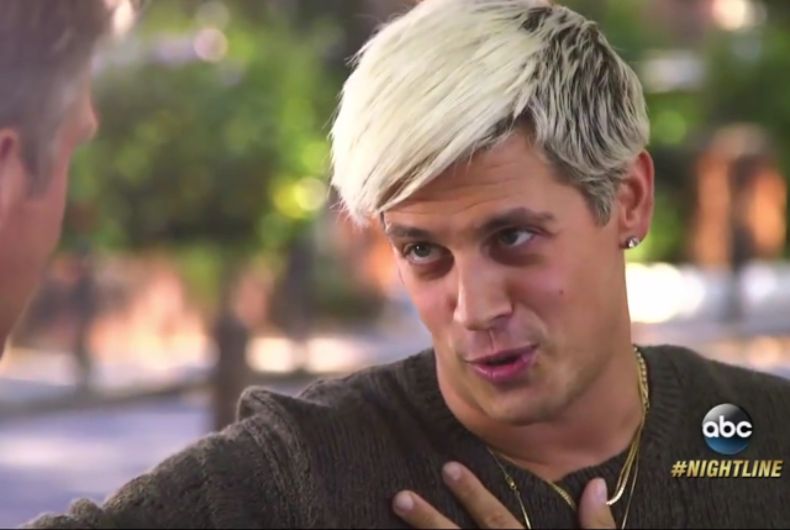 Just six months ago, the darling of the so-called “alt-right” — a right-wing political movement that has considerable overlap with white nationalist and neo-Nazi groups — was permanently banned from Twitter over comments he made about Ghostbuster‘s actress Leslie Jones.

Rather than stifling his trolling, the ban seems to have inspired Yiannopoulos to seek out other platforms, like his “Dangerous Faggot” campus speaking tour — during which he publicly harassed a transgender student — and which is being filmed to create a feature-length documentary.

“They said banning me from Twitter would finish me off. Just as I predicted, the opposite has happened,” Yiannopoulos told The Hollywood Reporter in an exclusive interview. “Did it hurt Madonna being banned from MTV in the 1990s? Did all that negative press hurt Donald Trump’s chances of winning the election?”

As Yiannopoulos noted on Facebook today, he is currently trending on the site that banned him.

“Every line of attack the forces of political correctness try on me fails pathetically. I’m more powerful, more influential, and more fabulous than ever before, and this book is the moment Milo goes mainstream. Social justice warriors should be scared — very scared,” he told THR.

The book, Dangerous, is due out in March and is expected to address the “populist, nationalist Trump phenomenon,” according to a release.

“Readers can expect a string of waspish one-liners and bitchy put-downs from America’s favorite mischievous gay conservative,” the release states.

According to Yiannopoulos, his rise to popularity has been fueled by the noise generated by those opposed to him.

“The progressive left losing their shit over my book deal is why I got a book deal,” he wrote on Facebook following the announcement.

Yiannopoulos is also one of the newsmakers included in LGBTQ Nation’s reader poll for Person of the Year.