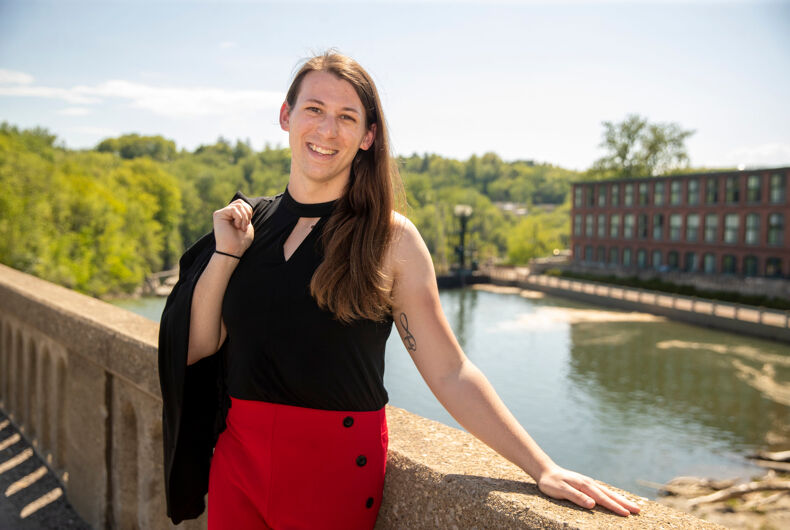 Taylor Small attended the historic event with Carsen Russell, her partner of four years. Following Biden’s signing of the law that protects same-sex and interracial marriage rights by requiring all states to recognize marriages performed in other states, Russell popped the question on the South Lawn of the White House.

“We’re officially en-GAY-ged!” Small tweeted on Thursday. “I, of course, said YES and could not think of a more fitting way to celebrate this moment.”

After @potus signed the #RespectForMarriageAct my partner of almost 4 years, Carsen, proposed to me on the South Lawn of the @whitehouse. I, of course, said YES and could not think of a more fitting way to celebrate this moment. #LoveIsLove pic.twitter.com/cKdSDHhRCc

“I don’t think my partner could have planned a more #iconic proposal,” Small tweeted. “To say I was surprised would be an understatement.”

… to say I was surprised would be an understatement 😅 pic.twitter.com/PWAPfD8bvf

Small was elected to represent Vermont’s Chittenden 6-7 district in 2020, becoming the first out transgender lawmaker to serve in the state’s legislature. At the time, she was only the fifth out trans state legislator in the U.S.

At the time, she stressed the importance of having marginalized communities represented in state legislatures. “Something that is really important when we focus on marginalized communities is the lens we bring when looking at bills and legislation. When people in power are typically white, older, wealthier, cisgender, [and] straight, their lens is in supporting the systems of power that already exist,” she explained.

Following the White House ceremony on Tuesday, Small told VT Digger that the Respect for Marriage Act “feels like a stepping stone in the larger work that we need to do to protect and really concretely support LGBTQ rights. But a major one, nonetheless, for our community.”