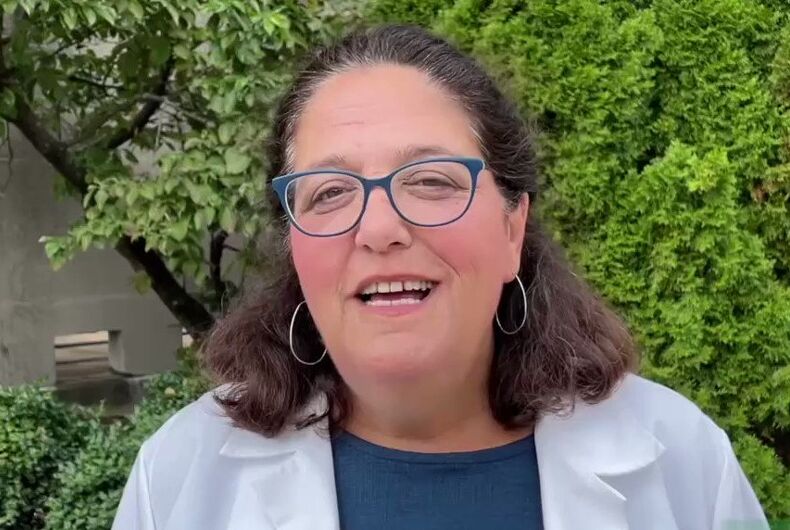 Kentucky state Sen. Karen Berg (D) has asked for “tolerance and grace” after the suicide of her 24-year-old transgender son, Henry Berg-Brousseau. He died last Friday.

“This lack of acceptance took a toll on Henry,” Berg continued. “He long struggled with mental illness, not because he was trans but from his difficulty finding acceptance… This hate building across the country weighed on him.”

“On a daily basis at his job [as an LGBTQ+ rights advocate], Henry would be aware of the hateful and vile anti-trans messaging being circulated around this country and focused at his workplace,” she continued. “In one of our last conversations, he wondered if he was safe walking down the street.”

“As the mother of a transgender son, I gave my whole heart trying to protect my child from a world where some people and especially some politicians intentionally continued to believe that marginalizing my child was OK simply because of who he was,” Berg said.

“The vitriol against trans people is not happening in a vacuum,” her statement continued. “It is not just a way of scoring political points by exacerbating the culture wars. It has real-world implications for how transgender people view their place in the world and how they are treated as they just try to live their lives.”

“If I have one ask, it would be this: practice tolerance and grace. Work on loving your neighbor,” she added.

The Fairness Campaign, a Louisville-based LGBTQ+ advocacy group where Berg worked as an intern, said that Berg “made significant contributions to the LGBTQ rights movement.” Henry also served as the deputy press secretary at the Human Rights Campaign (HRC) in Washington, D.C.

HRC President Kelley Robinson said, “His colleagues will always remember his hunger for justice, his eagerness to pitch in, his bright presence, and his indelible sense of humor…. In honor of Henry’s life, we must come together and speak out against injustice.”

A recent survey found that 63% of Republicans believe that transgender people are trying to “indoctrinate children into their lifestyle,” an extreme statement that has been fueling anti-transgender legislation. In fact, support for anti-trans laws has recently increased, and another study found that 60% of international respondents intentionally misgender trans or non-binary people.

These transphobic attitudes have helped propel a wave of Republican legislation, including attempts to ban transgender children from accessing school bathrooms, changing facilities, and gender-affirming healthcare; attempts to ban LGBTQ+-inclusive library books and curriculum from schools; and the demonizing of LGBTQ+ people and allies as pedophilic “groomers.”

In response to these attacks, nine out of 10 LGBTQ+ youth said that recent politics had negatively affected their mental health. In one study, 42 percent of LGBTQ+ youth respondents said they had seriously contemplated suicide and other research has shown that transgender adolescents are at greater risk for attempting suicide than cisgender teens. Social stressors also compel trans people to smoke at greater rates than cisgender people.

Despite that, more than six in ten (62%) of Americans surveyed in 2019 said they’ve become more supportive of transgender rights over the last five years, and 70% of international respondents said they wanted to see their country protect trans people from discrimination. Other studies have found that people support trans rights at higher rates if they themselves know a trans person.