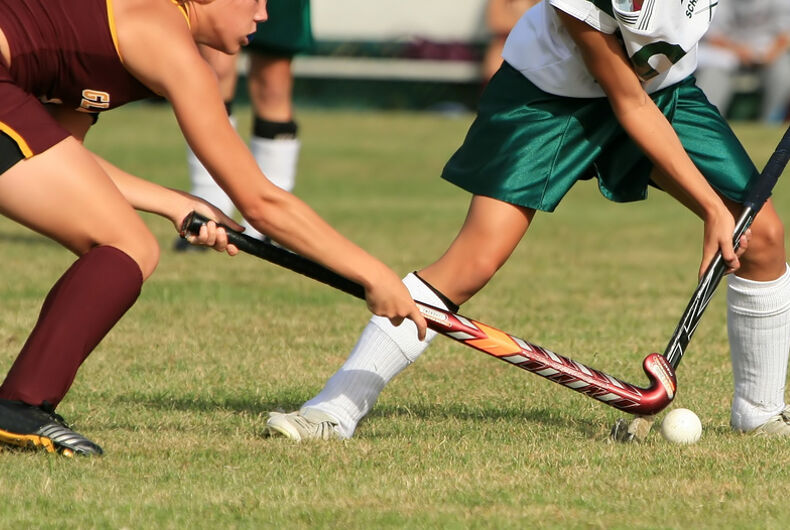 The Kentucky state legislature has passed a transgender sports ban over the governor’s veto. Kentucky’s S.B. 93 bans transgender girls from participating in school sports, starting in the sixth grade. LGBTQ advocates noted that there is only one trans girl in the state who will be forced to stop because of this bill.

Earlier this month, Gov. Andy Beshear (D) became the third governor in the U.S. to veto a transgender sports ban. In his veto letter, he pointed out that the Kentucky High School Athletic Association already has guidelines for the participation of transgender athletes and noted that the bill is most likely unconstitutional.

“Senate Bill 83 most likely violates the equal protection rights afforded by the United States Constitution because it discriminates against transgender children seeking to participate in girls’ or women’s sports without presenting a single instance in Kentucky of a child gaining a competitive as a result of sex reassignment,” Beshear wrote in vetoing the legislation.

But the legislature voted this week to override Beshear’s veto and passed the law that would require parents to show birth certificates for their girls to participate in school sports.

“This law singles out the one openly transgender girl in Kentucky’s entire school system who plays on a school sports team. She started her school’s field hockey team, recruited all of the other team members, and just wanted the opportunity to play with her friends. Now Kentucky lawmakers have intervened to stop her from playing with her friends her eighth-grade year.”

“This bill has been so plainly about political gain and using Kentucky kids as political pawns that it is an embarrassment to our commonwealth.”

The Kentucky legislature also overrode Beshear’s veto of an abortion ban. H.B. 3 bans the distribution of abortion pills by mail, makes minors jump through more hoops to get an abortion, and requires doctors to institute an expensive monitoring system to track all details of abortions performed in the state. It goes into effect today.

The bill “does not make abortion illegal, but because of the laundry list of restrictions… abortion providers will not be able to comply,” Planned Parenthood Alliance Advocates of Kentucky and Indiana’s Nicole Erwin said.

Air Force is helping servicemembers get out of anti-trans states