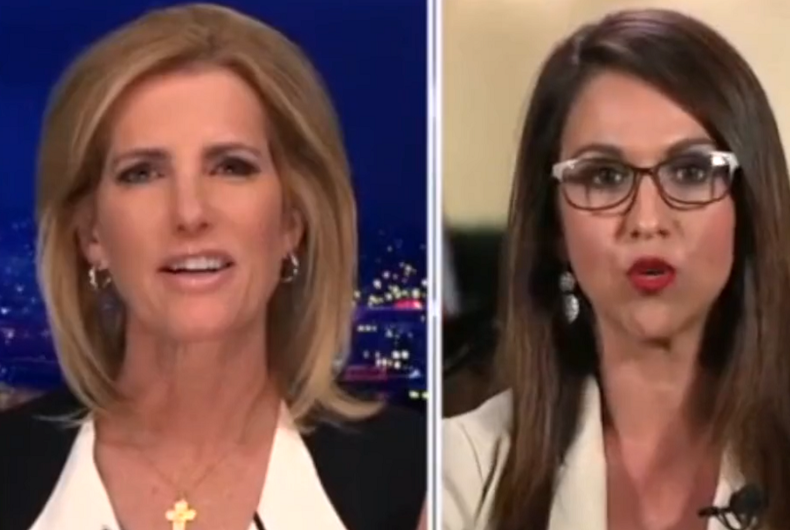 The right is calling everyone who disagrees with them – and especially LGBTQ people – a pedophile or a groomer, and a new video shows just how obsessed rightwing media is with their new insult.

“Grooming” is a set of manipulative behaviors sexual predators use to gain access to potential victims, to coerce them to agree to the abuse, and to reduce the risk of getting caught, according to the Rape, Abuse & Incest National Network. The process usually involves training the victims to keep secrets from adults they trust and desensitizing them to sexual discussions and touching, and the goal is the sexual abuse of children.

And conservative media has been desensitizing people to the meaning of the word, using it so often that their audience would believe that almost everyone is a pedophile (which some do) or that the word has no real meaning.

Media Matters put together a supercut of 70 instances where conservative media used the word “groom” or “groomer” as an insult to bolster support for anti-LGBTQ legislation.

A summary of the right’s high-minded defense of the national legislative assault on LGBTQ people pic.twitter.com/LEmhSCPCUz

Many conservatives are clearly not using the word “groom” to refer to sexual abuse. As author Jude Ellison S. Doyle notes, some conservatives freely admit they use the word to mean “any set of circumstances in which a young person could safely come out as queer.”

Effectively, they’re using the word to mean the opposite of how it’s commonly used by using it to refer to the absence of abuse of LGBTQ youth.

This trivializing of the word, some child advocates argue, makes it harder to talk about actual abuse.

“There is the violence being done to language itself; the way survivors become easier to trivialize and dismiss when the terminology of sexual violence is weaponized against us,” wrote Doyle. “I was a pre-teen and he was a teenage youth counselor at my church; I was a college freshman and he was a professor. I need to talk about the ways those predators used my youth, my ignorance, my need for acceptance and validation from authority figures; I need to talk about how their age and authority pre-conditioned me to let them overstep certain boundaries — it wasn’t my place to object, I was probably making a big deal over nothing, I might offend them by complaining — and how that allowed them to isolate me in a place where violent things could happen.”

“I need to talk about that, and I cannot talk about that when the word ‘grooming’ means ‘trans people existing’ or ‘gay people teaching at public schools.’ Those of us who protest sexual violence and rape culture are already accused of being hypersensitive, hysterical, of making a big deal over nothing. How much easier will it be to ignore us when most left-wing people automatically tune out mentions of molestation and child abuse?”